Here are 14 great pictures of the Statue of Liberty during construction in Paris.

France gave United States the Statue as a symbol of brotherhood between the two nations to celebrate 100 years of the American Declaration of Independence (1776).

The idea was born from a politician and French historian Edouard de Laboulaye. The story behind it goes that Edouard de Laboulaye told Auguste Bartholdi: “I will fight for freedom, I entrust to free people. I will try to glorify the republic there “

It is precisely the sculptor Frederic Auguste Bartholdi who made the famous Statue of Liberty.

Its construction took place near the Parc Monceau in Paris from 1881 to 1884. Gustave Eiffel Bartholdi helped design the interior of the Statue of Liberty. Eiffel imagined a metal post to support the copper plates.

After being assembled and disassembled into 350 pieces, the Statue of Liberty was taken to Charles de Gaulle airport and embarked on an A380 to New York ….

LOL I was just making sure that you were paying attention 😀

Miss Liberty was taken to Havre (a city in northwest of France), and transported by a French frigate to NYC called L’Isere on June 17, 1885.

The statue was inaugurated on October 28th 1886. The US President Grover Cleveland, about 600 guests and thousands of spectators all attended at this event.

The Statue of Liberty was a great success and became one of the most famous attractions of New York and the United States.

I hope you enjoyed this historical note 😉 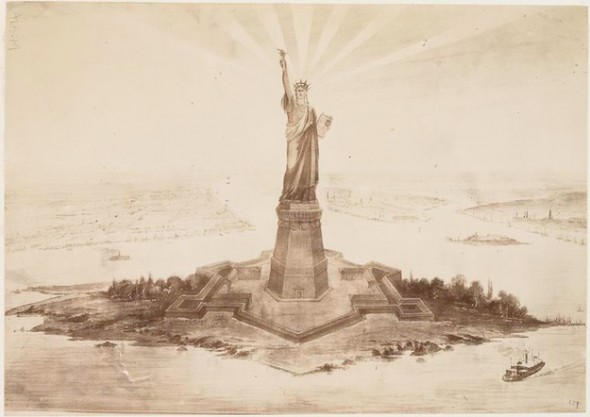 Photos of the construction of the Statue of Liberty in Paris:

Most of the photos are from Albert Fernique (New York Public Library). 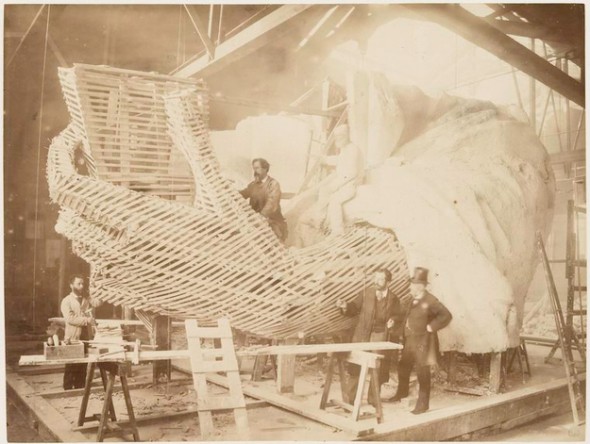 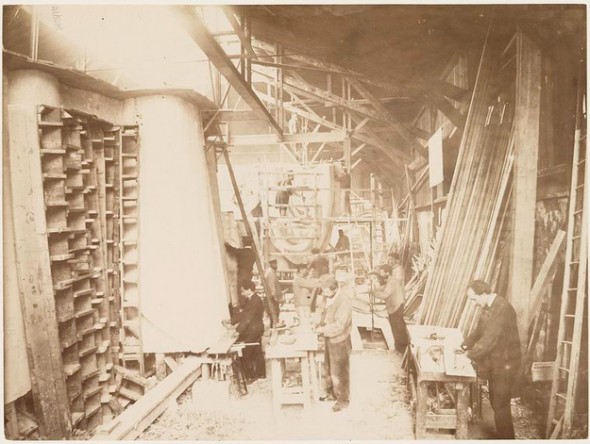 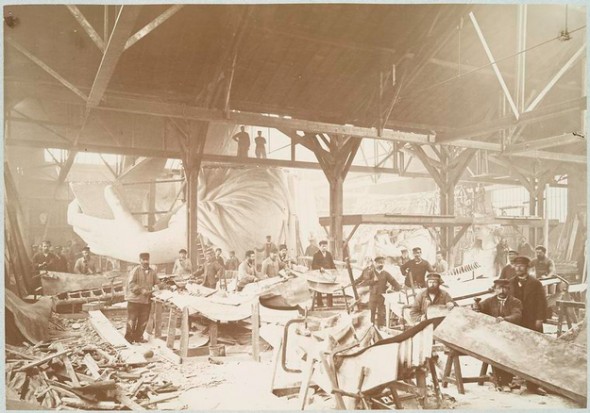 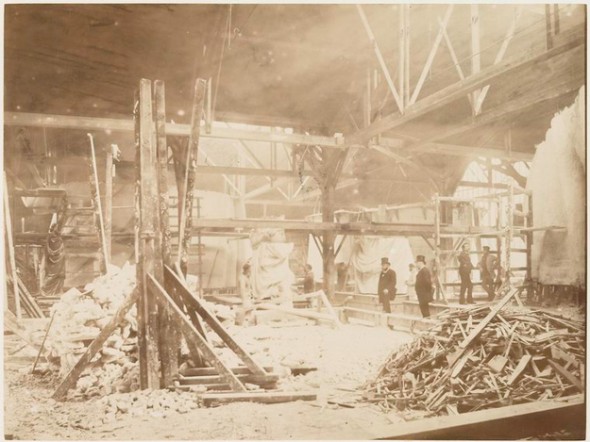 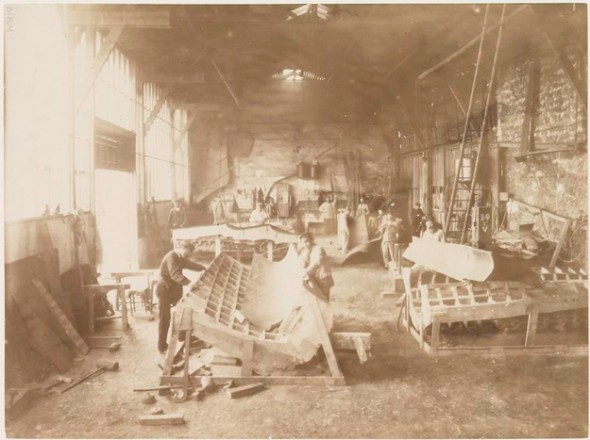 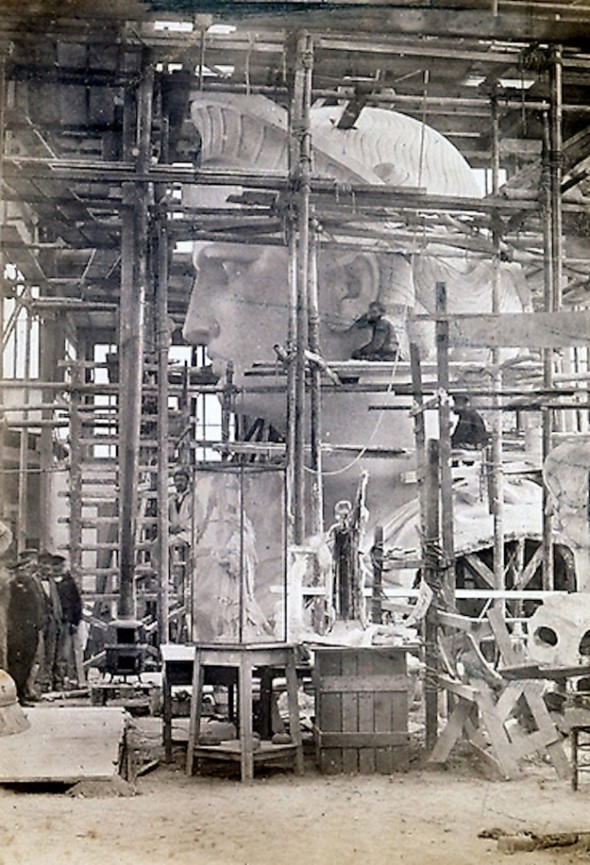 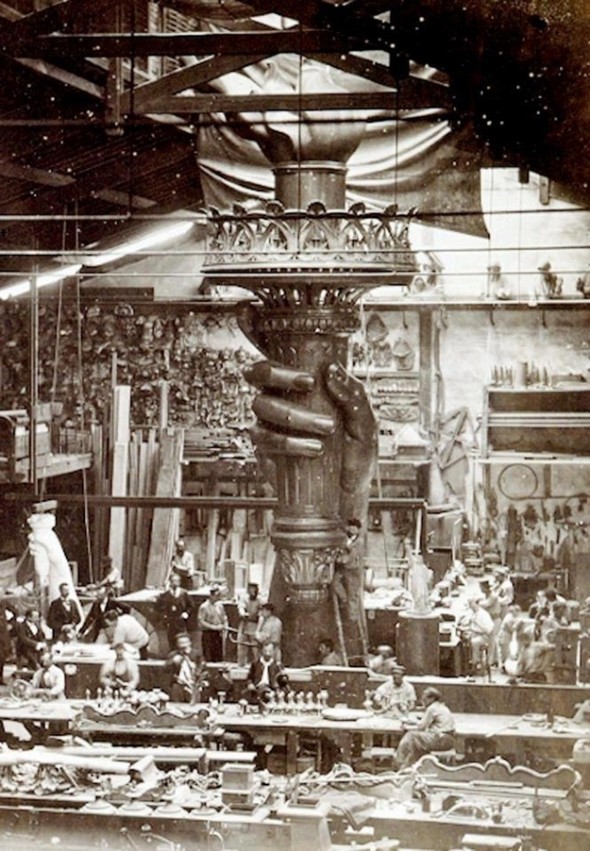 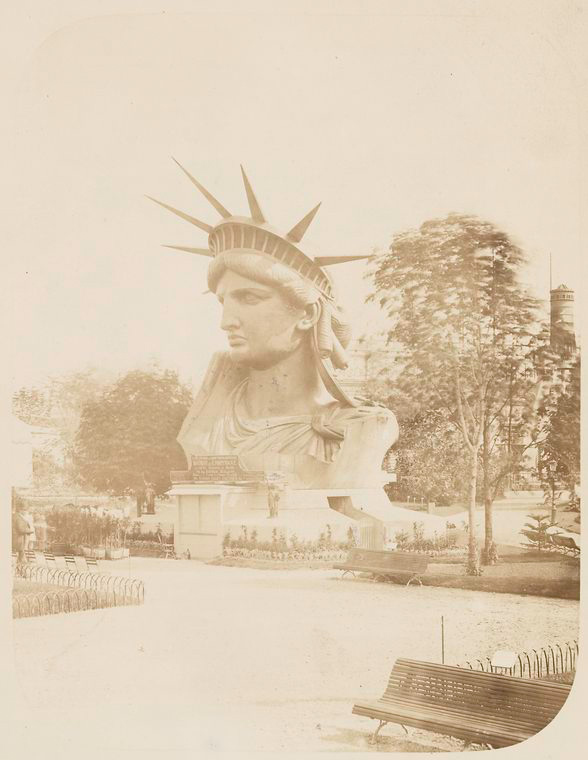 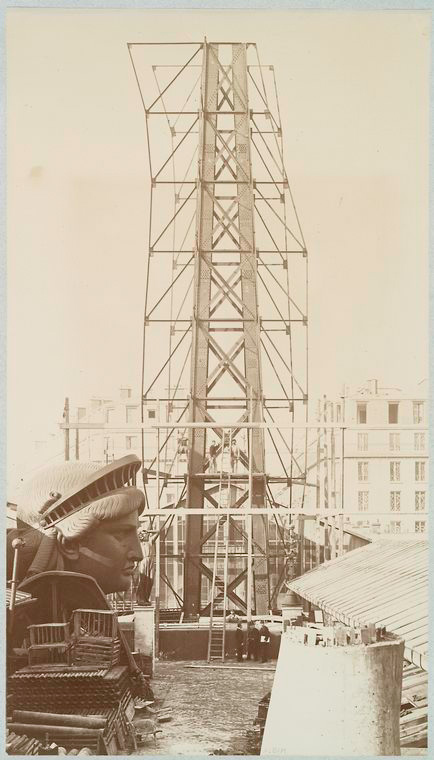 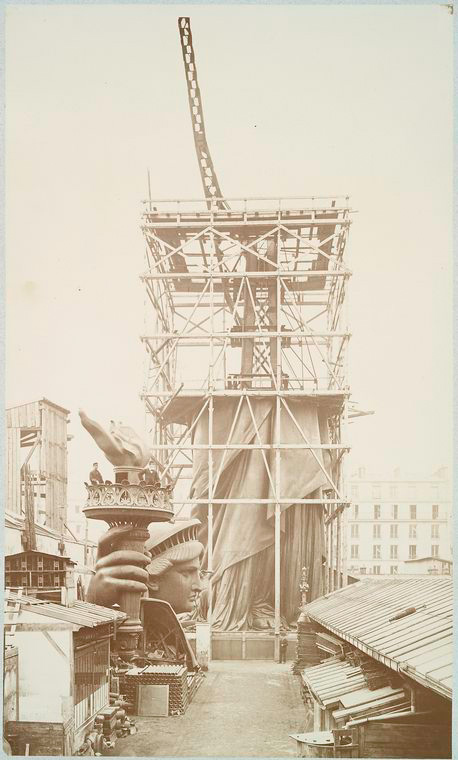 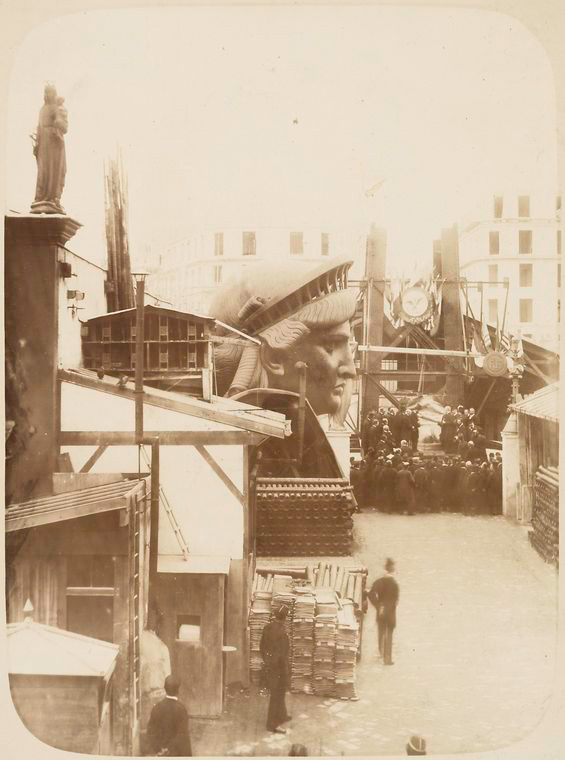 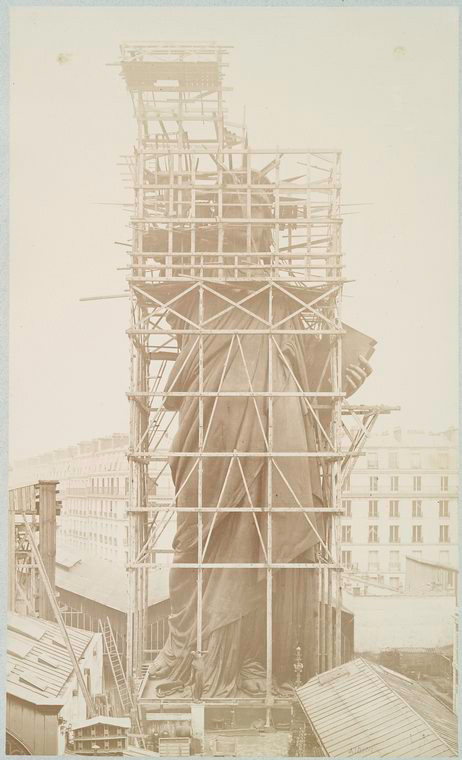 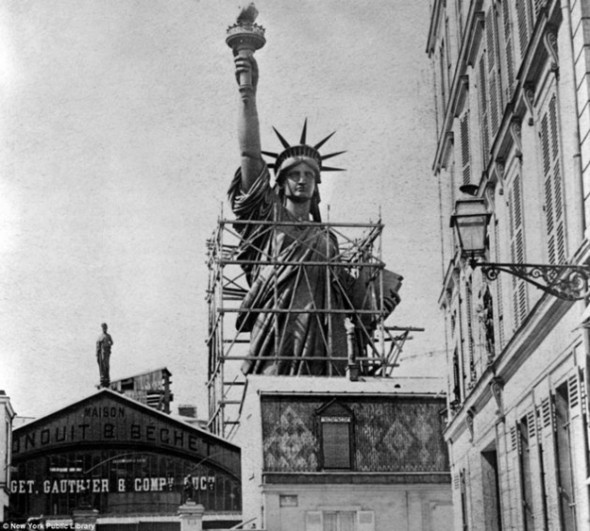 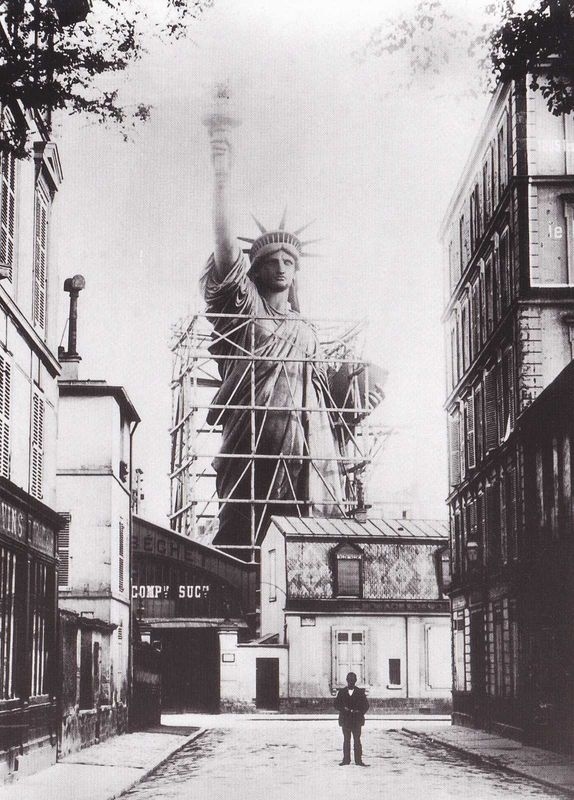