Go to an “Amateur Night” at the Apollo Theater 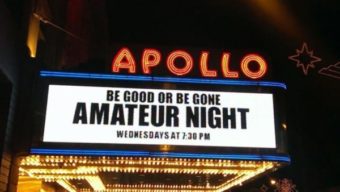 The Apollo Theater is mythical in New York City. You could go to one of their famous “Amateur Night” for unforgettable memories. The photos in this article are not mine, not because they don’t let you, only because I wanted to fully enjoy this moment

A bit of history

The Apollo Theater is THE performance hall of Harlem. It was inaugurated in 1913 and became the symbol of Afro-American music in the United States in the 1940s.
The theater became famous thanks to the Amateur Night which aims at introducing unknown artists. There began some artists you probably know as James Brown, Ella Fitzgerald or the Jackson Five for example.
Over the years, the theater needed a major renovation. It was carried out from 1983, preserving the façade and the box office. 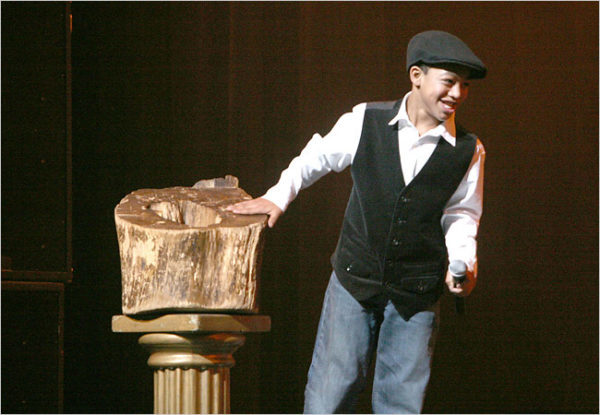 On the stage you can see the “tree of hope”, a piece of a tree planted on the 7th avenue where the artists used to stand, looking for a job. Legend has it that touching the tree gave them good luck.
In 1934, they cut the tree. At that time Ralph Cooper presented the Amateurs Night, he managed to get a piece of the tree to place on stage. This is how tradition is preserved!

How is an Amateur Night?

To start the night, a DJ sets the atmosphere. People stand, dance, sing. It’s pretty amazing! During the intermission, the DJ invites everyone to go up on stage to have more fun.
Then a host arrives, he makes jokes and the public gets even more exited. 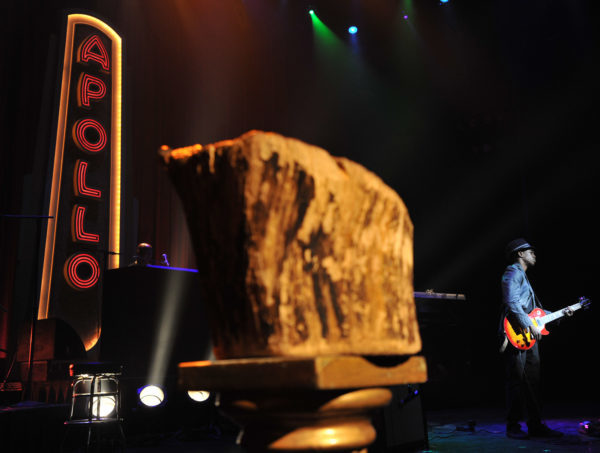 The nights are divided in two parts. Artists aged between 5 to 15 years old take the stage. I guarantee you, they are very talented.
The second part is a little different. The artists get on stage and are subject to the vote of the public. If people applaud, the artist continues. On the contrary, if the public boos, the artist may leave.

How to reserve your tickets?

The Amateur Night is on Wednesday at 7:30 p.m. You can purchase your tickets from 10am at the box office.
However, I recommend that you book in advance on the internet because the show can easily sold out. It costs between $ 20 and $ 35. 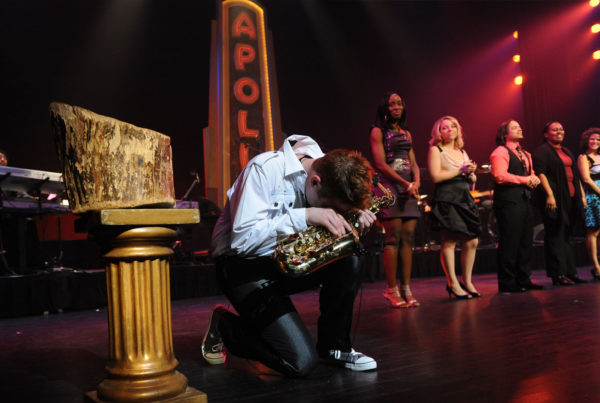 Where is the Apollo Theater?

It is in the heart of Harlem, on Martin Luther King Avenue (125th Street). You will notice it from afar with its spectacular lights and the “Walk of Fame”. The street is paved with plates with the name of the artists that marked the history of African-American music like Stevie Wonder.
Address: 253 W 125th St, New York, NY 10027

I loved the night. The atmosphere is incredible. The show takes place both over the stage and the whole theater. Everyone is singing and dancing. It is one of my best experience when visiting New York City. 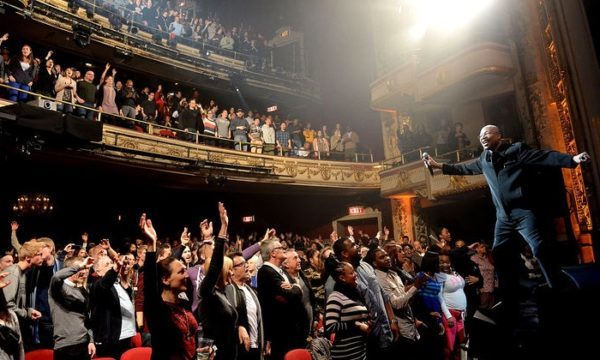