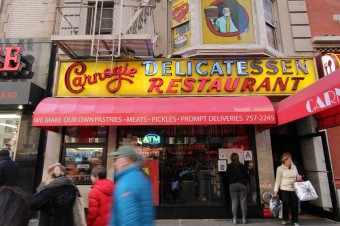 Michael shares with us one of his best spots to have lunch or dinner in New York. Michael already commented on his experience at Bubba Gump in Times Square.

Now he’ll talk about the pastrami sandwiches from the Carnegie Deli.

If you also want to share your best tips in New York, I invite you to review this article in which I explain how to do it.

What is Carnegie Deli?

I think you won’t find a more typical restaurant in New York! Its specialty is the pastrami sandwich.

The pastrami is prepared with smoked beef with spices, thinly sliced and served with rye bread.

This dish was brought to New York by Jewish immigrants in the 19th century. 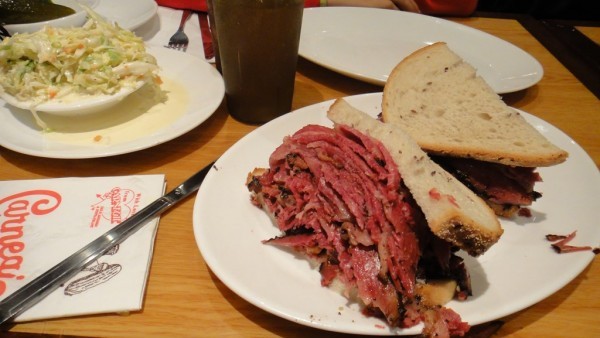 If you want to have a dessert, you can try one of the huge cheesecakes they bake. However, this restaurant is most famous for its pastrami than their cakes.

As soon as you get a table, they serve you a plate of pickles.

I have been to this place before, and was not been able to finish my sandwich. So this last time, we ordered 2 sandwiches to share, with coleslaw and french fries.

The sandwiches are served hot, trust me, you will be satisfied with only a half of one if you’re not that hungry 😀

I really like the taste of the meat, and in this place, they know how to cook it very well. 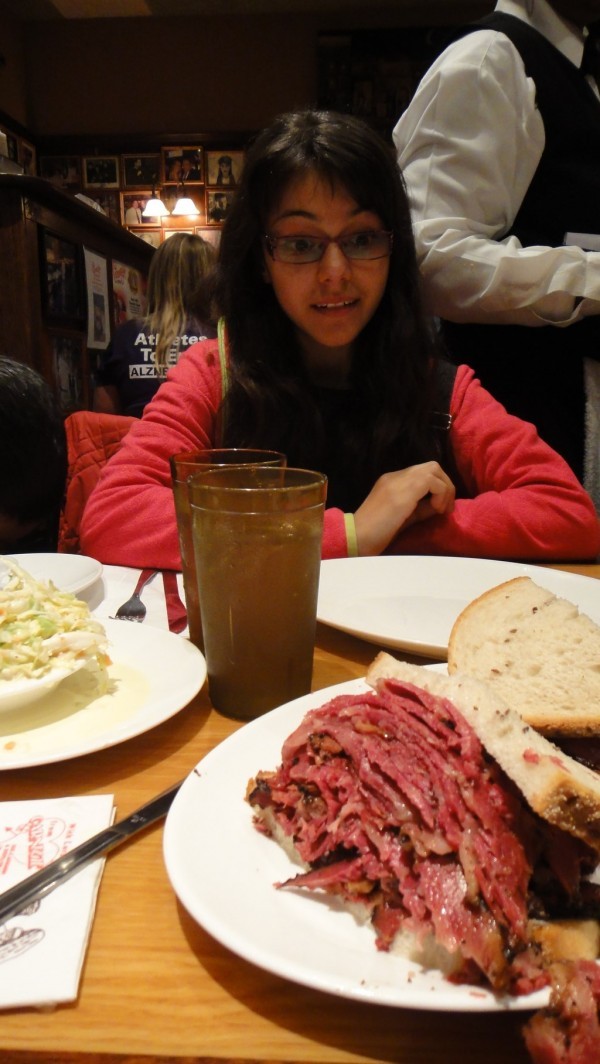 What is the atmosphere at the Carnegie Deli?

Their sandwiches are delicious, but I also like the atmosphere of the restaurant. There are 3-4 rooms in which there are a lot of people. If you want to eat in a quiet place and have enough room on the table, do not go to Carnegie Deli!

On the walls, there are thousands of celebrities’ pictures that came one day  to eat there (actors, singers, politicians …). 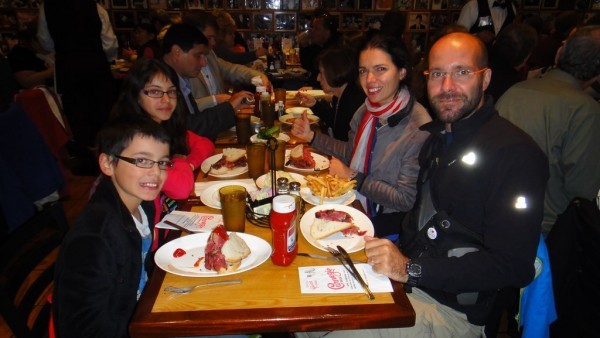 Who are the customers of Carnegie Deli?

There are tourists, families, workers in suits, young and old people… It’s what I love about this place. 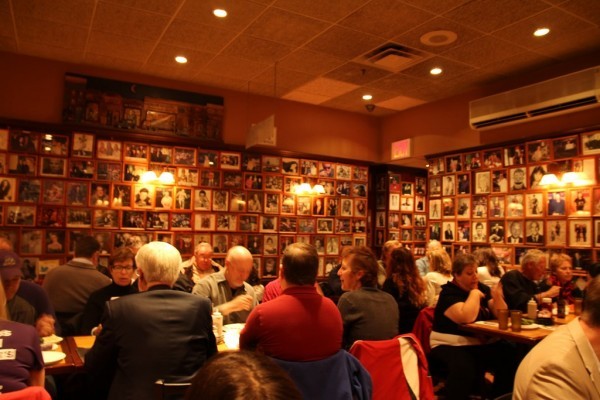 How is the service at the Carnegie Deli?

The service is very quick. As soon as you sit at the table they serve you a glass of water and bring you some pickles. 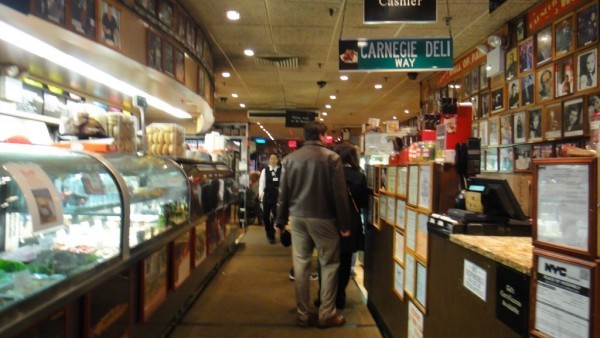 How much does it cost to eat there? 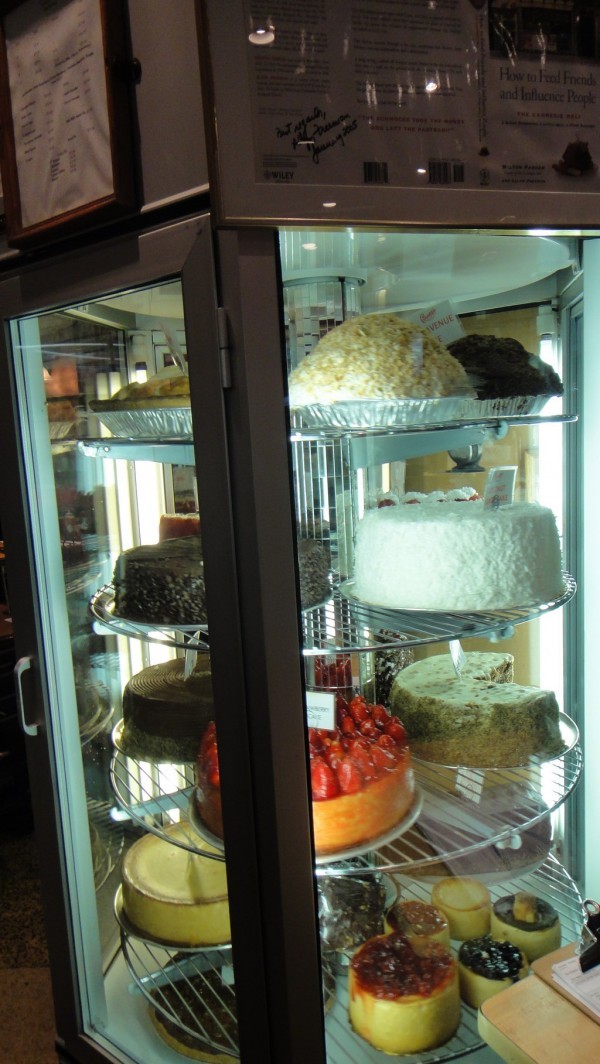 My best advice to eat at the Carnegie Deli

Arrive early, because after a certain hour, there will be a queue going right on to the street! 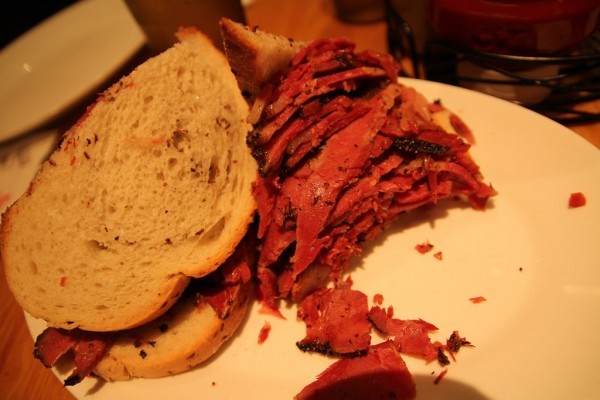 This restaurant is located on the corner of the 7th Avenue and the 55th Street.

From the outside, is not a very attractive restaurant, but it worth it 😉