During your trip to New York, there will be days when you will want to eat something quickly to continue your visits.

You have already passed all the burgers and pizzas in town and want something different … So the Chipotle Mexican Grill is one of those possible alternatives.

Chipotle is an American fast food chain with “Mexican” food. It has more than 1,000 restaurants in the world, most are in the United States. In New York there are 42 Chipotle.

Chipotle was created by Steve Ells, student at the Cullinary Institute of America in Hyde Park (Brooklyn). After becoming chef at a restaurant in San Francisco, he realized that the tacos and burritos were well liked by people. In 1993 he opened the first Chipotle in Denver (Colorado).

To be a profitable restaurant, he calculated it with his father they had to sell about 197 burritos a day. But a month after opening Chipotle, they were selling over 1000 per day!

In 1995, with profits from the 1st restaurant and with the help of his father, he opened a 2nd and a 3rd restaurant. It is very successful and in 1999 he opened a new Chipotle outside Colorado. 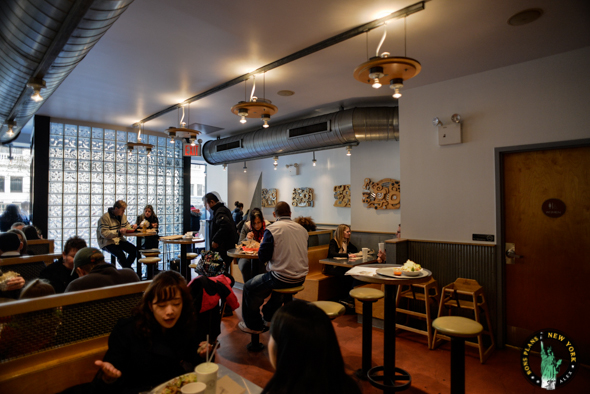 Steve Ells at first wanted to open a fast food restaurant and then open a gourmet restaurant. But with all the success he had decided to develop his concept of Chipotle only.

In 2000 Mc Donald’s invested in Chipotle to become the main investor, until 2006. 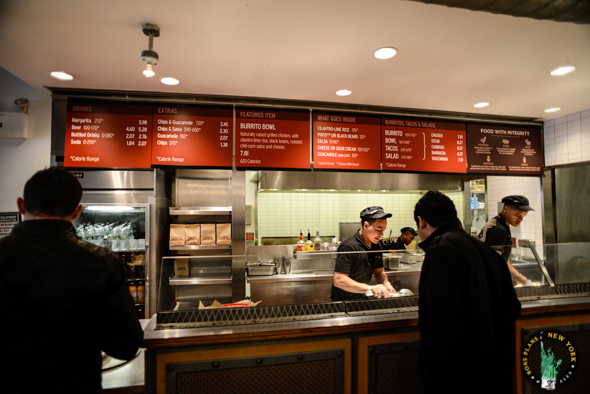 What can you eat at Chipotle Mexican Grill? 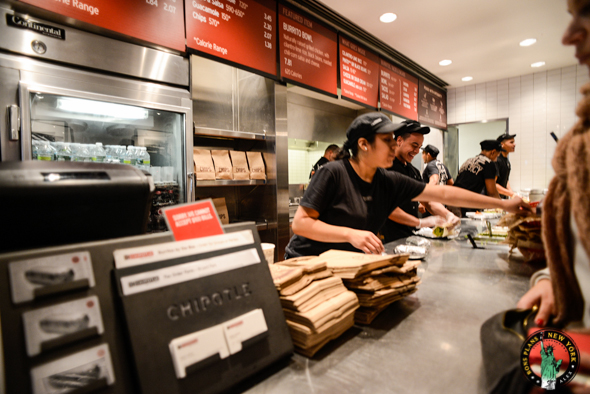 For each dish you decide what you want to put in it meat, vegetables, rice, “beans” and different sauces. 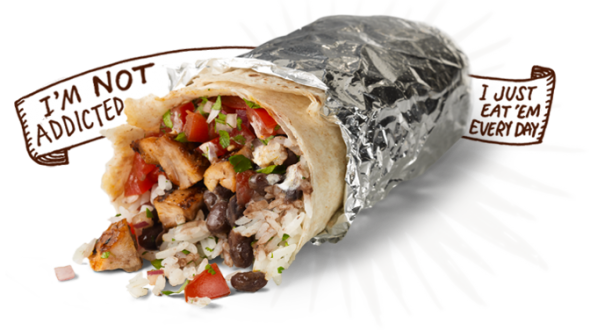 – The bowl burrito is the same as the burrito, but served on a round plate. 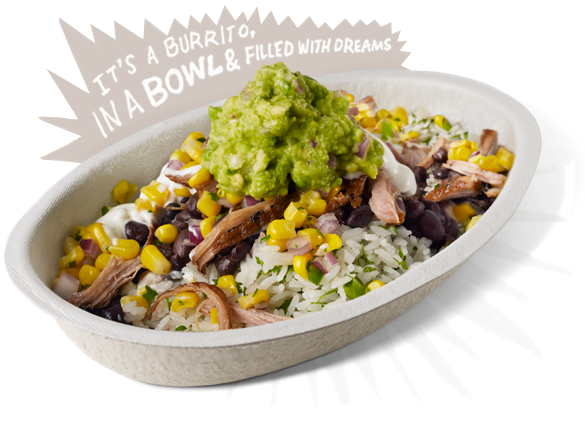 – The crispy taco is a crispy flour tortilla corn with the same ingredients as the burrito. 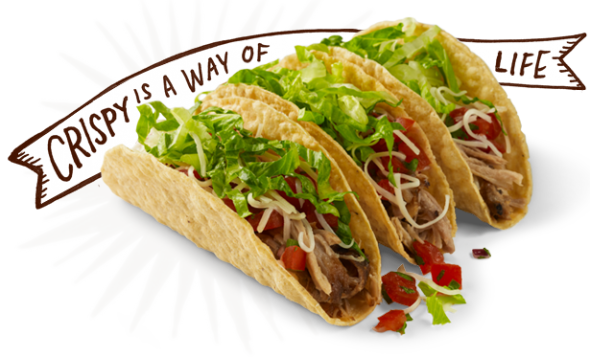 – The soft taco is a soft flour tortilla wheat with the same ingredients as the burrito. 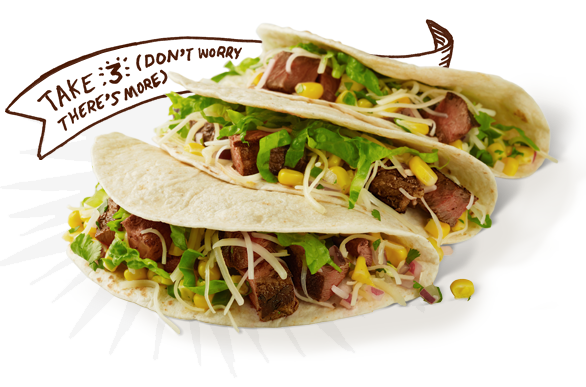 – The salad is served on a plate with lettuce and can choose among the ingredients of the previous dishes. 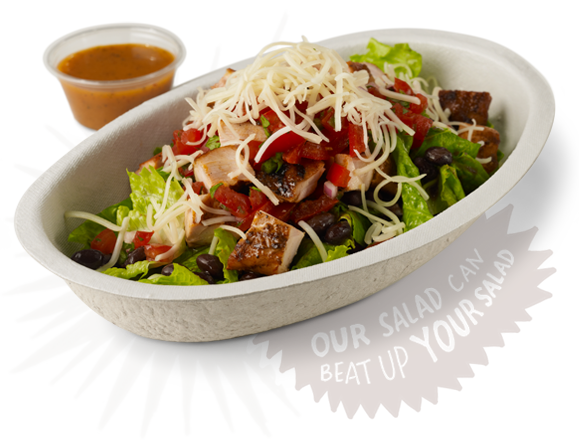 – Chips & Guacamole is a Mexican craving, or about chips with homemade guacamole. 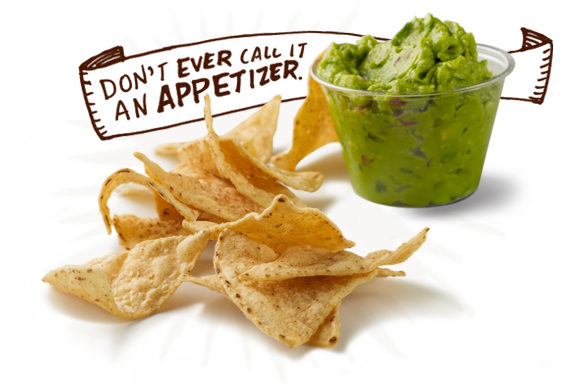 – The kids menu has 2 crispy tacos and the ability to select the ingredients mentioned in the burrito, and a drink.

Chipotle Mexican Grill is a good plan for fast food in New York?

I present you photos of the dishes so you know if it’s worth going to eat there;)

To be honest, it’s not the NYC best restaurant, but is worth it.

They aren’t the best burritos or the best tacos in town, but neither are worst. 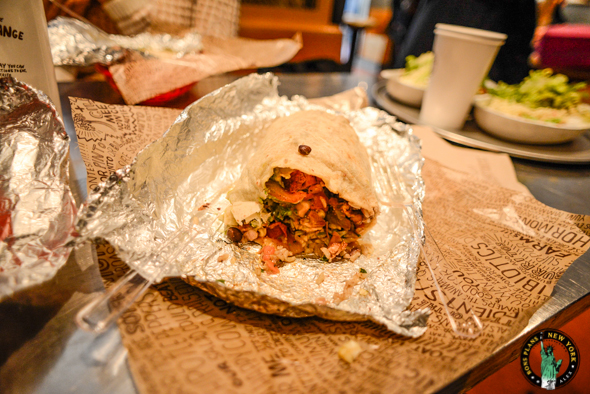 It is a complete food that allows you to stay satisfied to endure an afternoon touring NY. 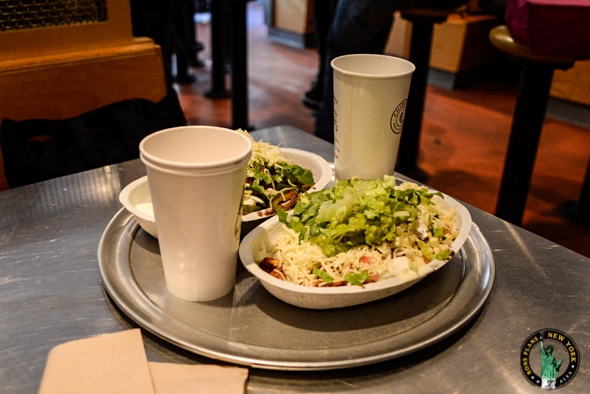 Chipotle is a restaurant for vegetarians, vegans and those with a gluten free diet.

Only Sour Cream cheese and milk have.

Those who cannot eat gluten: can eat everything but the flour tortillas.

If in doubt, ask the employees to indicate what to eat depending on your diet. 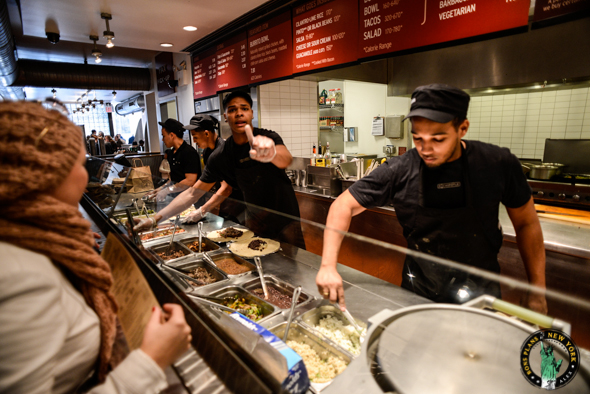 In the restaurant walls are several flyers with information about the calories of each ingredient.

The website of the fast food chain also calculates calories, the number of proteins, lipids and cholesterol … each dish. 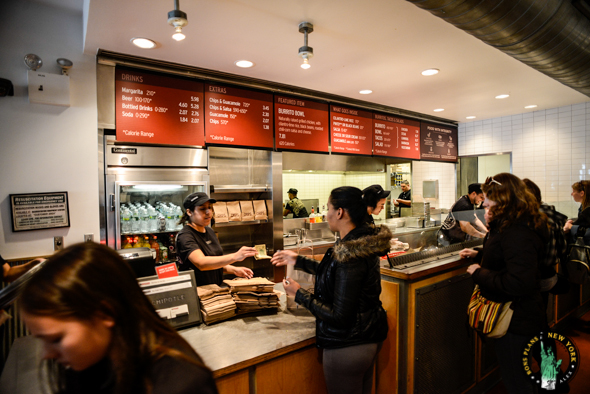 What is the decor and service of Chipotle restaurants?

The decor is very American, very classic. The restaurants are very clean and the service is good. 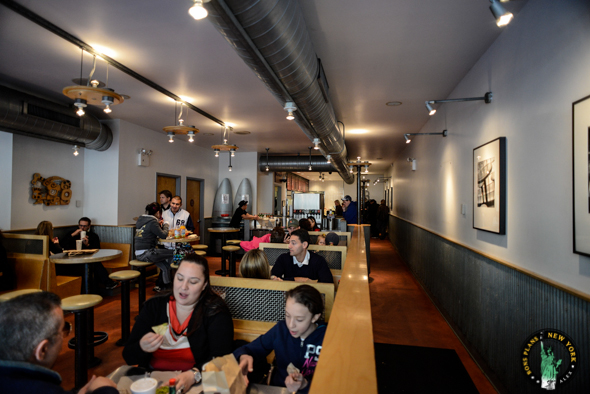 I will not show you all of the 24 Chipotle’s in the city of New York: D

I am sure that during your stay in NY will find one of these fast food restaurants, because they are everywhere, and in tourist areas.

You will find all the directions here: www.chipotle.com