The Chrysler Building is one of the first skyscrapers in New York. Its steel structure is very striking, but you have to get close to it to appreciate all the details. Projects are underway to modernize it and attract new tenants. The renovation will begin with the long-abandoned rooftop.

History of the Chrysler Building

In 1926, the eccentric William H. Reynolds bought all the buildings on Lexington Avenue between 42nd and 43rd Streets and then commissioned architect William Van Alen with a project so colossal and expensive that it never saw the light of day. In late 1928, he sold his land to the new automobile magnate, Walter P. Chrysler. With the idea of building an even taller building than Woolworth’s, he decided to continue working with Van Alen.
The bet was won a few days before the terrible economic crisis of 1929. On October 23, the art-deco steel dome and its spire reached a height of 1047 feet or 319 meters. The Chrysler Building then became the tallest building…until the construction of its famous neighbor, the Empire State Building.
Declared a National Monument in 1976, it is one of New York’s most iconic landmarks. 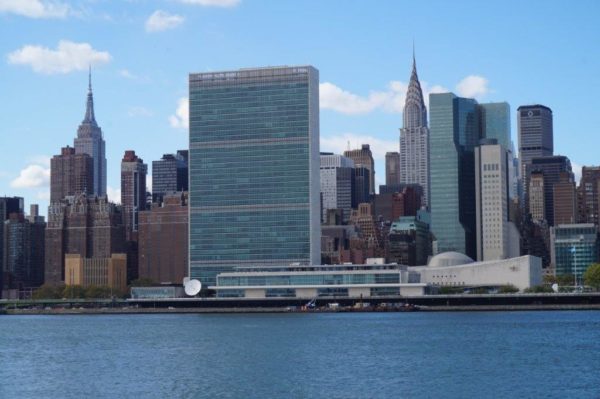 Officially, it opened its doors on May 27, 1930, in a ceremony presided over by Walter P. Chrysler. Most of the offices were rented, including Texaco, which was its primary tenant.

The building consists of a solid 30-story base, followed by a central body about 30 stories higher, and an art-deco style steel crown. 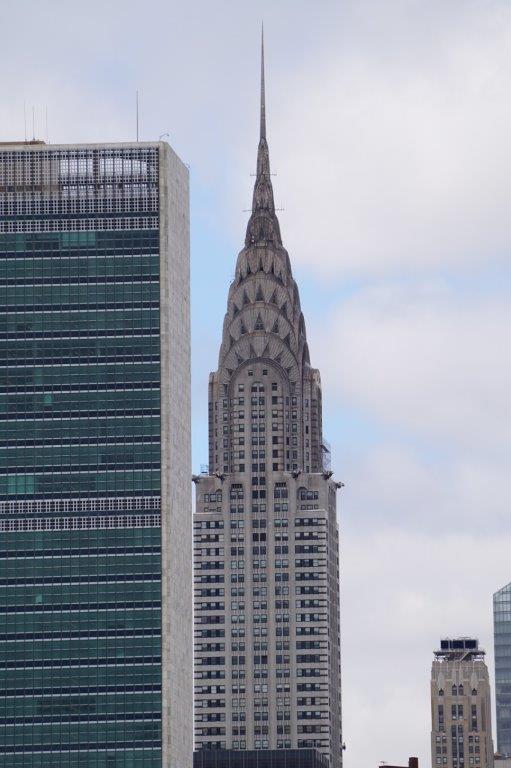 One of the peculiarities of the building is its four stainless steel winged figures, placed in the four corners of the facade. They represent the Greek god Mercury. They were also placed on the radiators of the 1929 Chrysler cars. 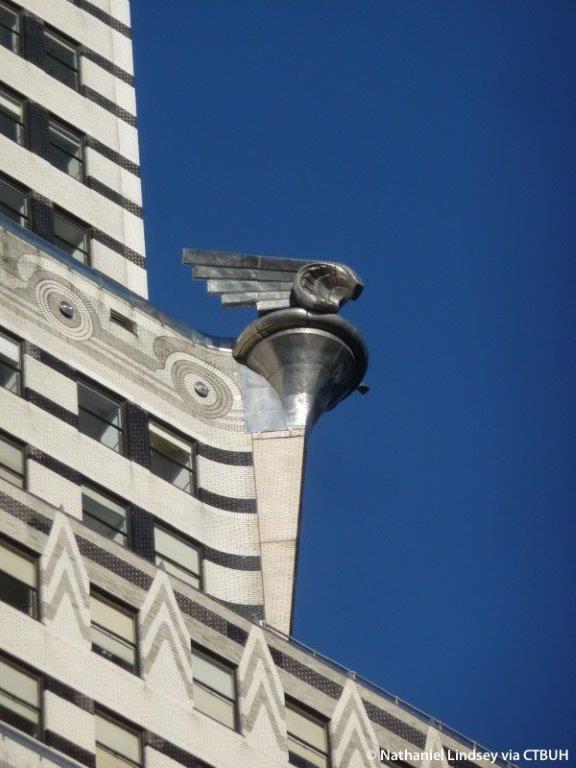 The relationship with the automobile is also in the façade with the mosaic frieze representing cars. 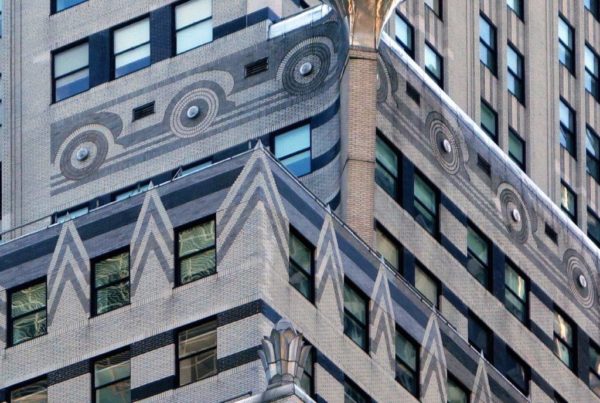 Some 30 floors up, the Chrysler Building is recognizable by its eight eagles as gargoyles. At that time, these eagles dominated New York City. 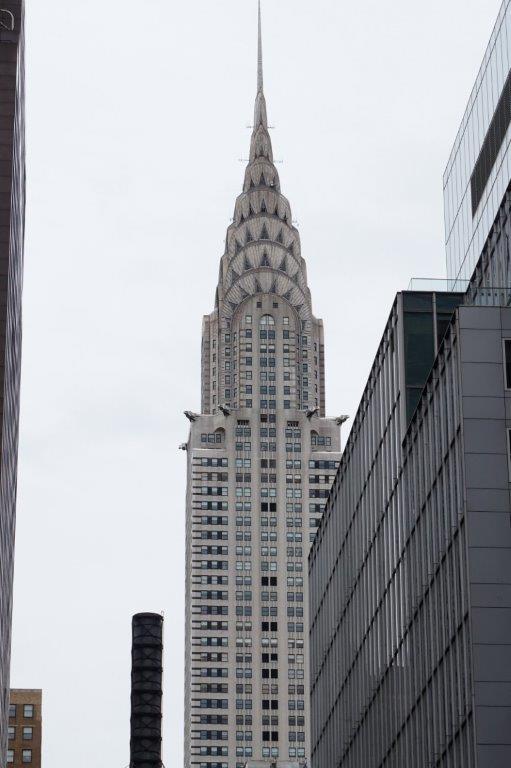 Finally, the tip of the building, composed of seven steel domes, placed one on top of the other. One notices the small triangular windows that shine at night thanks to a light system finally installed in 1981. 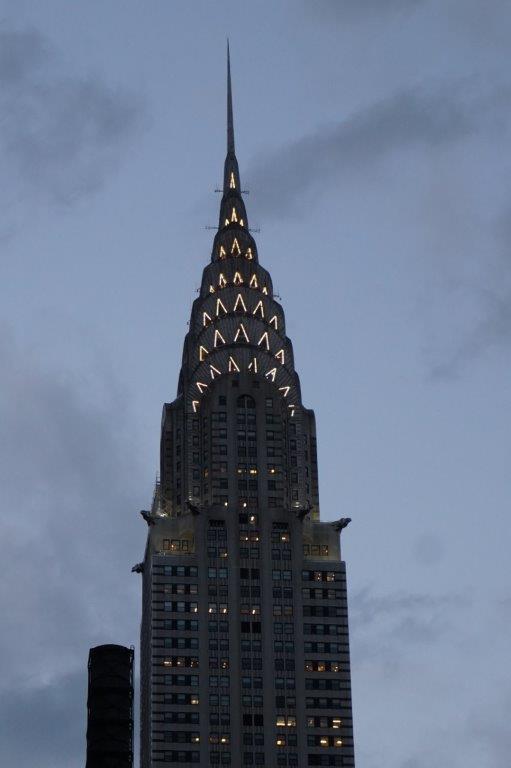 What about the interior of the building?

The main hall is sublime, I always recommend a visit. It is made of African marble and granite from Morocco, France, and Belgium. There is also onyx from Mexico and stone from Japan. 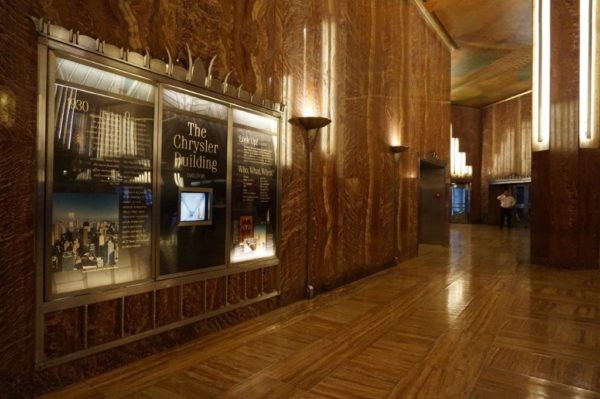 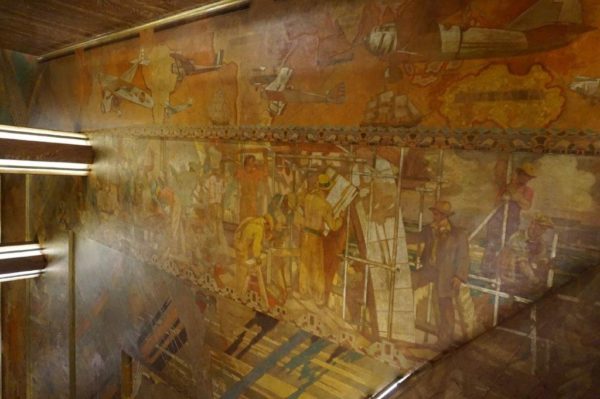 The ceiling is also decorated with an image of the Chrysler building among the clouds. 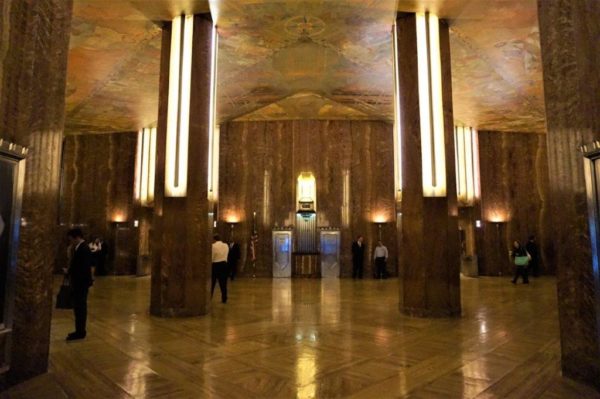 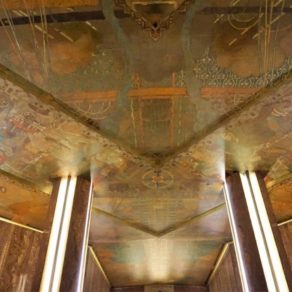 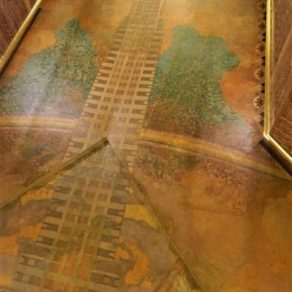 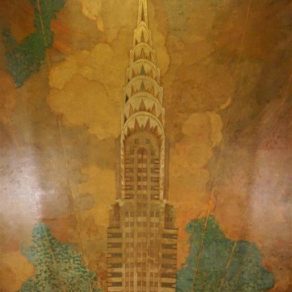 All the elevators are in the art-deco style. Walter P. Chrysler’s went directly to the 65th floor to his office. 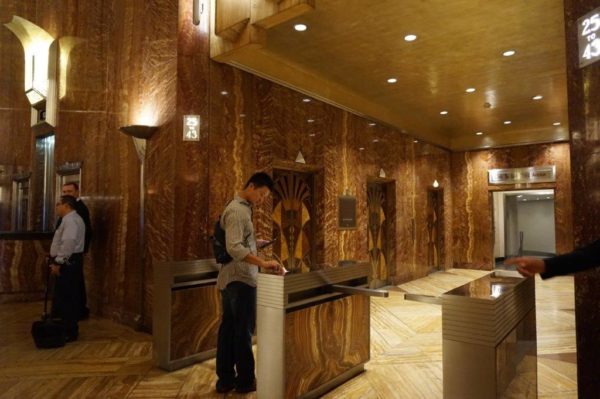 The Cloud Club, one of the most exclusive clubs in Manhattan for almost 50 years, was between the 66th and 68th floors of the building. The Chrysler Building Observatory was right above the club. The latter closed its doors in 1979 and the observatory in 1945, then was renovated to accommodate new offices. 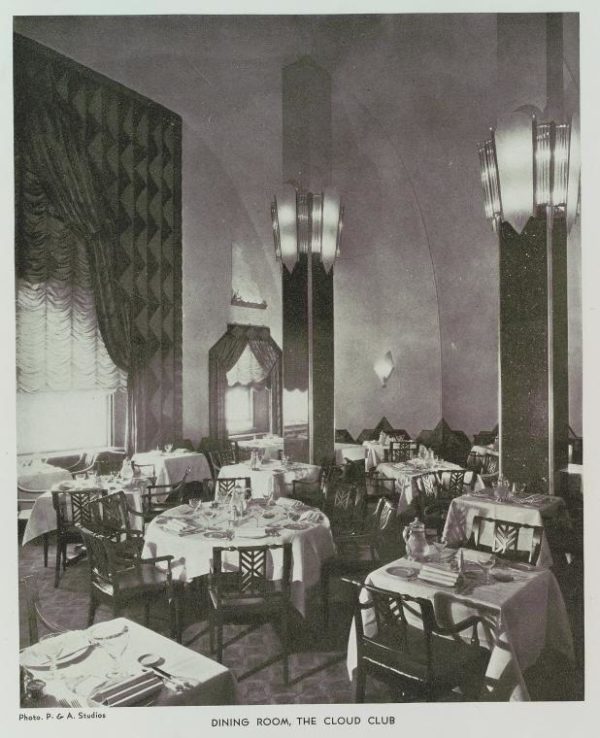 The future of the Chrysler Building

Aby Rosen, a real estate tycoon, bought the Chrysler building in early 2020. He has plans to revive the appeal of this building by offering new services. As a first step, he is considering reopening the Cloud Club and to make some modifications to the exterior of the building, which is in poor condition. 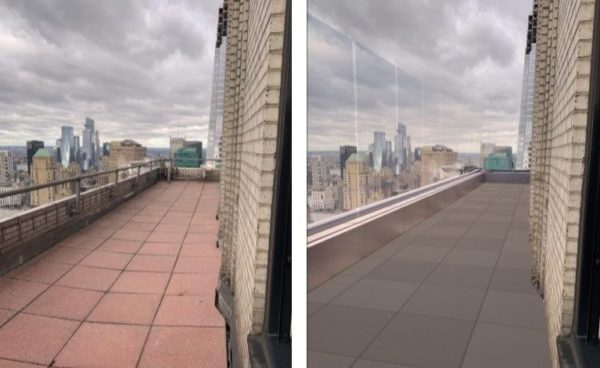 If the offices can’t be visited, hopefully, these renovations allow us to enjoy the view! 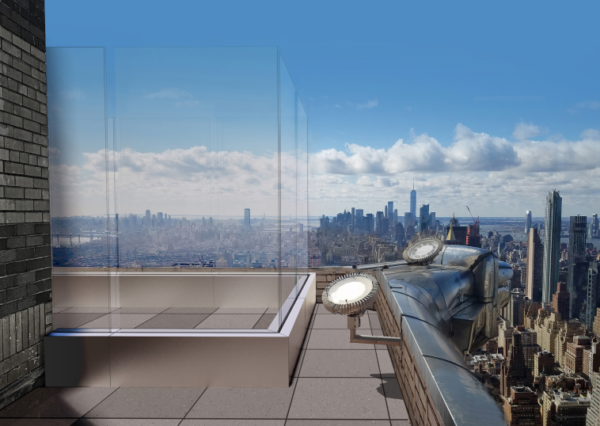 Where is the Chrysler building?

It is in downtown Midtown, between Grand Central Terminal and the UN headquarters.
Address: 405 Lexington Ave, New York, NY 10174

For now, the renovation concerns the windows and the installation of glass panels (like the Top of the Rock). The idea is to attract new tenants by renovating the building. Will this open the doors to visitors? We could appreciate another view of New York City.
To be continued. 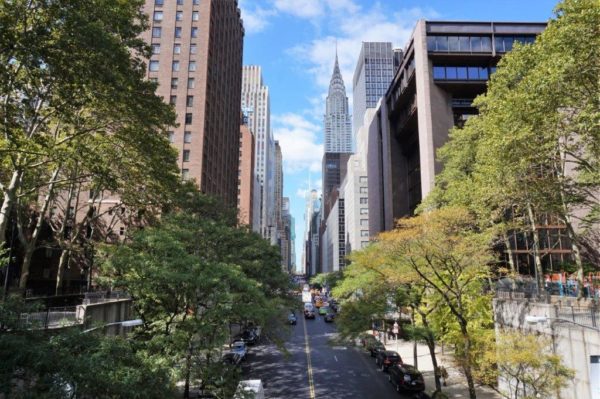 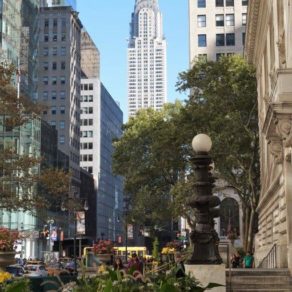 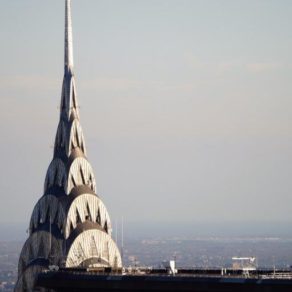 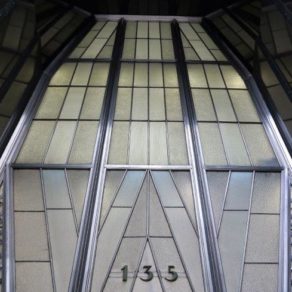 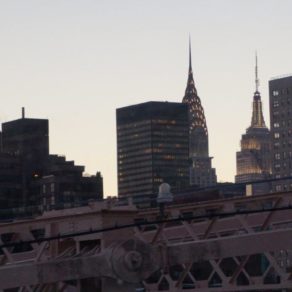