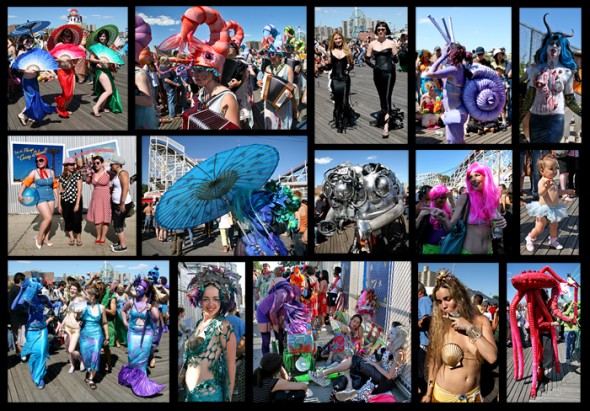 Every year by the end of June, the Mermaid Parade takes place. It’s a well known parade where women disguise themselves as mermaids. The event happens on Coney Island and has been a tradition since 1983. The parade celebrates the sand, the sea, the salt in the air and especially the beginning of summer. The participants wear hand made mermaid costumes or other sea creatures. The parade is then followed by the Mermaid Parade Ball, a really great family friendly event. If you want to see unsusual costumes worn by beautiful creatures, give it a try since there’s a good vibe, but wear your costume!!! 🙂