You need to go to Blue Bottle Coffee if you’re a coffee lover!
You’ll find it at different New York locations including Williamsburg in Brooklyn. Blue Bottle Coffee is located in the heart of the neighborhood and close to the Mast Brothers’ store and the very busy Bedford Avenue.

First of all, I’d like to start with the history of Blue Bottle because I find it very interesting:
Long ago, in 1600, the Turkish army swept a large part of Eastern and Central Europe and arrived in Vienna in 1683. Besieged and desperate, the Viennese needed an envoy who could cross between the Turkish lines in order to send a message to the Polish troops nearby. Franz George Kolshistsky who spoke Turkish and Arabic, decided to get a Turkish uniform and disguise himself. After few dangerous attempts, Kolshistsky achieved its courageous act and brought back the news to the Viennese that Polish troops were on their way very soon to enter the city of Vienna to the rescue.
On September 13th, Turks were pushed back out of Vienna, leaving behind everything they brought along including: camels, tents and also bags containing some very strange beans. And yes, at the beginning, they really thought that the beans found was food meant to feed the camels. But Kolshistsky who lived in the Middle East for a number of years knew that they were bags of coffee beans.

Eventually, with the money received by the mayor for his heroic act, Kolshistsky bought a Turkish coffee shop and opened the first coffee bar in Europe and named it the “Blue Bottle” 319 years later, in Oakland California, a musician named James Freeman, was slightly disappointed with the coffee he drank in his hometown. He decided to open his own workshop of freshly roasted coffee for people just like him, who wanted to experience authentic coffee. His statement is pretty clear: “I only want to sell coffee freshly roasted less than 48 hours to allow customers enjoy a better tasting coffee. I will only use the best, organic and pesticide free products.”

In honor of the hero Kolshistsky, he named his company “Blue Bottle Coffee” in 2002 and entered a new era in the history of coffee.
Today, there are many Blue Bottle Coffee in the United States, including New York City. They also opened cafes in Tokyo, Kyoto, Kobe and Seoul.

What you need to know is that here, the coffee is made on demand.The coffee is roasted at the last minute and individually infused straight to your cup just as shown on picture below. Their coffee is made in front of the customers. It’s really cool to see. What else is available at the Blue Bottle Coffee of Williamsburg? 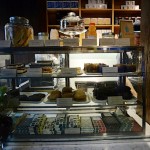 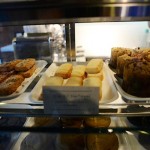 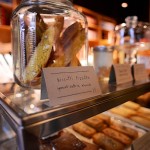 What are its atmosphere and the spirit?

The interior is decorated with wooden furniture, with an eco friendly inspiration.
For instance, all cups and napkins are recyclable.
The coffee bar is an open space loft type. We can openly see the staff working and preparing the coffee as shown in the picture: What are the other features of Blue Bottle Coffee?

The owners, waiters and the rest of the staff are between 25 and 35 years old in hipster mode 🙂
t’s quiet, very friendly and you can bring your laptop if you have to work just like at Starbucks. They also sell their preparation coffee method and a recipe book as you can see on the pictures below. Bring back home the flavor of your trip to NYC! 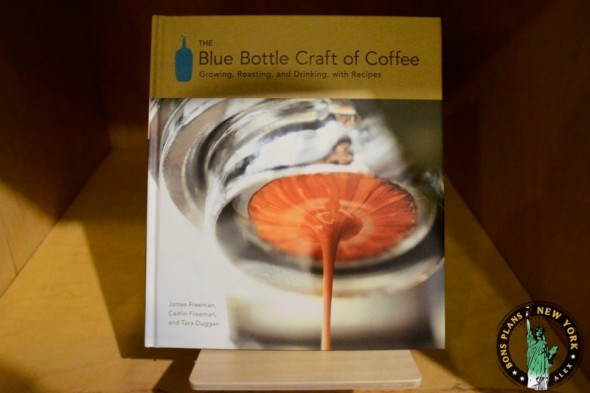 Now, you have a great tip for a good cup of coffee in New York and Williamsburg.
Don’t forget to post your pic on Instagram! 😀