Great Tips to travel to Washington DC from New York If your trip to New York lasts more than one week, I highly recommend that you visit Washington DC, the Capital of the United-States.
Even if Washington DC is 223 miles (or 360 km) from New York, I genuinely think that’s one of those cities you must visit in the USA.
You have many options to get there:
Either by your means, including a rental car, a tour operator specialized in organizing trips from A to Z, or the train with Amtrak.

By your own means

If you enjoy your freedom and want to go for a little adventure and not behave like other tourists, then rent a car!!!

Regarding car locations in the United States, Rentalcars is a good option. I’ve spent a lot of time searching for car rentals on the Internet and found this company to be the most affordable. You can always double-check, but I found them to be the best on the market. Besides, they are a leader in the car rental market!

During my trip to Florida a few years ago, I rented a car, and of course, I chose Rentalcars (after once again, I looked around for the best deal). I was lucky enough to rent a convertible at the price of a regular car compared to other rental sites. 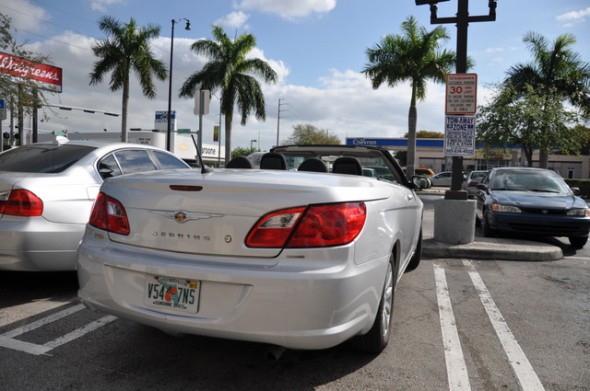 The good tip before renting a car: watch out as they always try to sell you insurances and especially if they always insist that it’s for your own good!!! You must know that if you’re paying for your rental car with Gold Mastercard or a Visa Premier, insurances are already included.

Next, think of getting a GPS to get around American roads. The roads are quite different from those in Europe, especially traffic signals!!! My advice is to download a navigator app on your smartphone instead of adding a GPS on your rental.
Otherwise, you can always count on a good old paper map of the East coast of United States, and this should be interesting!!! 🙂

With a Tour Operator

If you want to make it simple, and don’t want to get lost, a Tour Operator is a good option especially if you want to see the main attractions.
Keep in mind that most tours last only one day.
You’ll probably leave at 7 am and come back around 8 pm.

What’s included with a bus tour to Washington DC?
You’ll ride in an air conditioned bus round trip, in addition, you’ll be assisted with a guide to tell you about the city.

How much does it cost?

Book on CitysightsNYBook on GrayLine

By train with Amtrak

You can also pick the train option 🙂 If driving a car is making you anxious and bus tours are not your thing, then why not taking a train to Washington DC?
Amtrak is the US national railroad company and it’s quite easy to book your tickets on their website. Departure is from Penn Station.

Travel time: expect between 3 and 4 hours depending of the number of stops between New York and Washington DC.
Rates: tickets start at $180 for a round trip but prices tend to be higher in certain days and times.

The advantage of this option is that even if the travel time equals the car ride, it is certainly less tiring. Of course, you do have the option to stay and visit as long as you want to discover Washington DC at your own pace.

What can you see and visit in Washington DC?

Washington DC really is the capital of the United States.
If you’re asking for information from any American, make sure you call it Washington DC, not just Washington. Simply because Washington is a State and not a city. DC is the acronym for District of Columbia, and as a matter of fact, DC is an actual State.

Some history:
At the demand of Georges Washington, the father of the country, Washington DC was designed in 1791 by Pierre L’Enfant, a French engineer inspired by European architecture. He gave the city a certain splendor that was often missing in modern American cities.
Here, the avenues are large and tree lined, landmarks are majestic. We even call it “Rome of XXth century” with beautiful official buildings giving Washington DC its magnificence.

Landmarks you must visit:

The Capitol: the building houses the US Congress, the legislative power in the United-States. The Washington Monument: is a marble obelisk standing 555 feet tall (or 168 meters) and can be seen from everywhere in Washington DC. The Lincoln Memorial: the statue of 19 feet tall (or 6 meters) represents Abraham Lincoln, the 16th President of United States. The Memorial is facing the Washington Monument across from the reflecting pool. The White House: with a neo-classic architecture, it’s of course the house of each American president. The National Archives: in this building, you can see documents of historic value such as the Constitution and the Bill of rights. The Supreme Court: is the highest court in the United States and the court for ultimate appeals. Its motto is Equal Justice under Law. The Vietnam Memorial: the Memorial was inaugurated in 1982 and includes 58.245 names of fallen soldiers in Vietnam. The National Arlington cemetery: located on the other side of the Potomac, in Virginia, few miles away from Washington DC where a number of national heroes killed on the line of duty are resting. You’ll find the grave of President John Fitzgerald and Jackie Kennedy. The Tomb of Unknown Soldier or The Tomb of the Unknowns is there too. You can witness the guard change ceremony when the cemetery is open. As a matter of fact, it is really impressive to see, since the ritual is extremely precise and respectful. The National Air and Space Museum: is interesting and you may stop by at least for an hour to appreciate its exhibitions 🙂 Almost everything is free in this city!

Here are a list of free entrances for museums and landmarks
– The Capitol
– The White House
– The Supreme Court
– Some government buildings including the Bureau of Engraving and Printing)
– The Federal Bureau of Investigation (FBI)
– Washington, Lincoln, Jefferson and Roosevelt Memorials
– Arlington National Cemetery
– Vietnam War, the Korean War and the Iwo Jima battle Memorials
– the Smithsonian Institute.

I hope that you’ll have the opportunity to spend some time in Washington DC, the capital of the United States, and enjoy many of the magnificent museums and landmarks the city is offering.