Free movies with the Movie Nights at Bryant Park 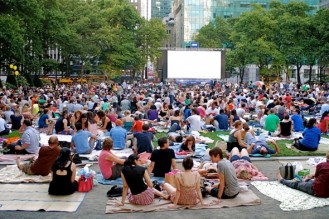 When movies are being scheduled?

The outdoors screenings are scheduled every Mondays at dusk from July to August.
You can always come earlier and seat on the lawn starting 5 pm but the screening starts at sunset usually between 8 and 9 pm. 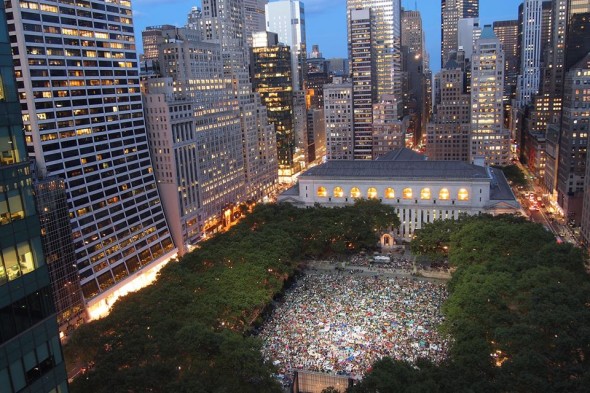 What’s the entrance fee to watch a screening at Bryant Park?

Some recommendations in order to fully enjoy the event

Come early. Usually, people wait for the staff to open the lawn so they can put their blankets. As you can see on the picture below, they race in order to get the best spot 🙂

– If you can: send one member of your group to do the race for you and pick an ideal and large spot to leave your blankets. Be prepared! 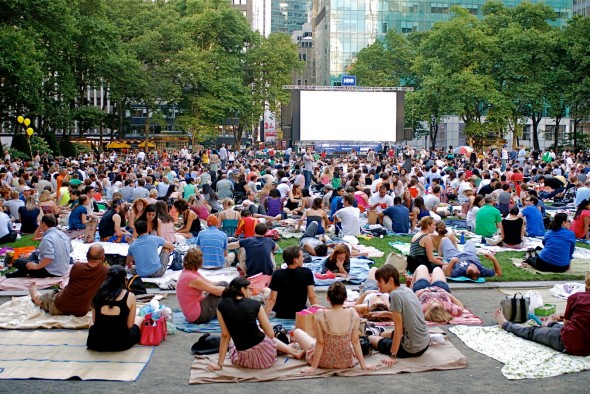 – Pack your picnic with drinks (no alcohol is allowed in public space)
– Once the movie starts, it’s difficult to get around and go to the bathrooms. Plan ahead 😉
– On this matter, the public bathrooms are located on the North West corner of Bryant Park. The toilets are clean and there’s always a park security to supervise the area.

The Movie Nights at Bryant Park: a romantic spot?

It’s true to say that watching a movie in Bryant Park in New York is really cool and romantic
Of course, it might seem less romantic with the crowd but let’s put it this way: watching a scary movie in each other’s arms. Can you ask for more? 🙂 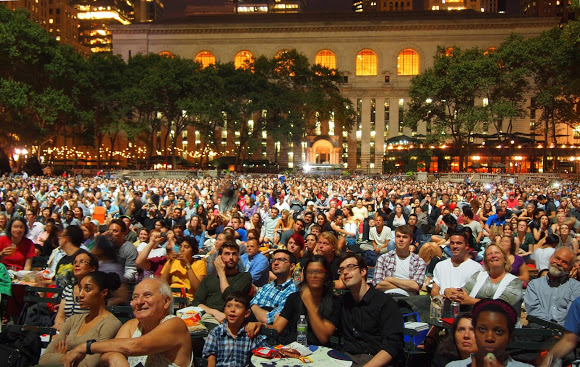 Is it a rain or shine event?

If the weather doesn’t permit for a movie screening, the shows are canceled.

What movies to see at the Bryant Park Film Festival?<

Each year, the line-up changes, and you won’t see the latest Hollywood blockbusters here.
The idea is to screen classic and old movies from 1930 to 1990.