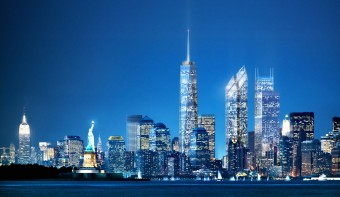 The September 11, 2001 is a date that has marked many of us, one day you will always remember.

Almost 13 years after the attacks on the World Trade Center, this part of the Financial District has slowly been remodeled under the mandate of Larry A. Silvertrein, a businessman from New York. Several projects are under construction or will start later on in the future.

The One World Trade Center

The One World Trade Center will be one of the first buildings opened in this neighborhood. Built by the American Davis M. Childs, famous architect of the arrivals of JFK and Worldwide Plaza.

This building measures 417 meters and has 104 floors. There will be a large hall and a terrace to see New York from up above. I’m looking forward to the moment it opens to visit!

The creators of 1WTC highlighted sustainable development using techniques and materials from the environment. The architect used renewable energy thanks to the natural lighting interior, the use of rainwater and recycling. 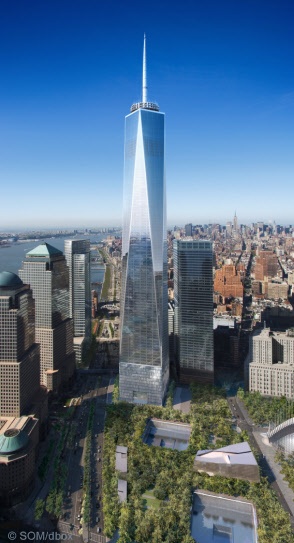 Foster and Partners agency designed the Two World Trade Center. They built the Museum of Fine Arts in Boston, the American Air Museum in Cambridge and the Hearst Tower in New York. It is located at 200 Greenwich Street.

The 2WTC is still under construction. It is going to be higher than the Empire State Building reaching a height of up to 382 meter. The tower will have eight entrances on the Transportaion Hub and a commercial area.

The skyscraper will have four original halls for markets and the roof will be divided into 4 parts. The architect wanted the building to resemble a diamond, as a tribute to the Twin Towers. 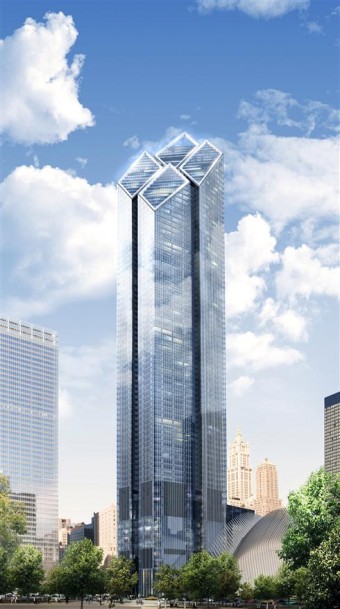 No date that indicates when it is going to open due to financial problems.
▲

Three World Trade Center will be on the east side of Greenwich Street, in front of the World Trade Center and the Twin Towers. The architect Sir Richard Rogers created the 3WTC, and is famous thanks to the Georges Pompidou in Paris, Llyod’s Building and the Millennium Dome in London.

The building will reach a total height of 383 meters. The center part of the tower will be made out of concrete with a metal frame. 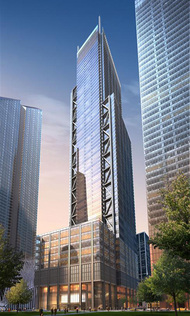 At the heart of the new city, the 4WTC offers direct access to almost all shops and restaurants in the area. Before the attack, the fourth tower was a small office building of only 9 flats, but it was completely destroyed in the September 11 attack. Now it has 72 floors.

The tower provides natural light with a clear window view. It’s a very pleasant environment for the people that occupy the building. The tower has an energy saving system that recovers water from the rain. 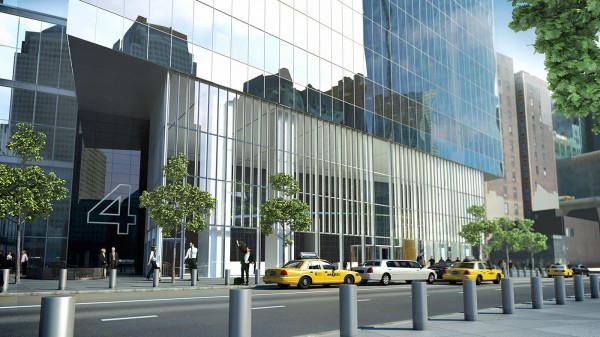 The tower is in the southern part of the World Trade Center. In this place the Deutsche Bank Building was located there before the attacks.

The tower will have 42 floors (5WTC). The only problem is the decontamination of the building seems to be taking a little longer than expected it began in 2007.

So it is not yet known when it is going to open.
▲

Owings & Merrill, who designed the Sears Tower in Chicago and the Lever House in New York, designed seven World Trade but Many artists participated in the design of the building.

The construction is based on a sustainable concept. The landscape architect Ken Smith created a park with a water fountain and it has a very green natural touch to it . 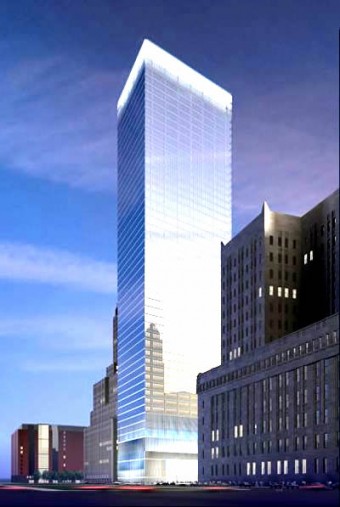 The Memorial Museum was created to pay tribute to the victims of the September 11 attack. Michael Arad and Peter Walker made it.

The creators of the Museum have built large cascading fountains at the site where the twin towers were.

Some of these fountains are engraved with the names of the victims.

Architect Michael Arad said: “The concept of the memorial is to make the invisible something visible.” The large green space is sound proofed from the noise of the city, it is a quiet space a lot of people use for reflection.

It opened on September 11, 2011, a symbolic date a couple years after the attacks.

It is an exceptional view to see in New York. 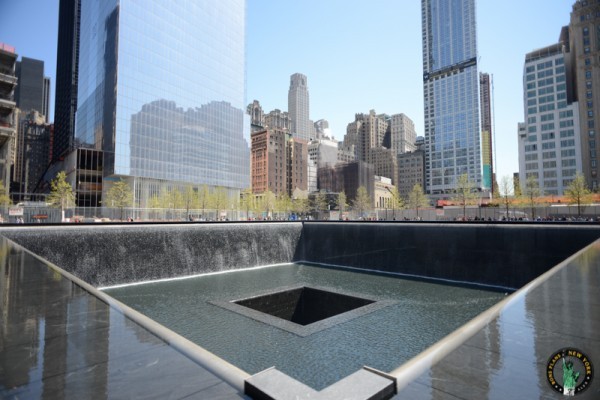 The National Museum of September 11 has remains of the attacks such as bicycles, helmets used by firefighters, recordings of operators before the towers collapsed, testimonies and portrait photos of each of the victims.

You can make online reservations to visit the museum but its not required you can also go without reservations. 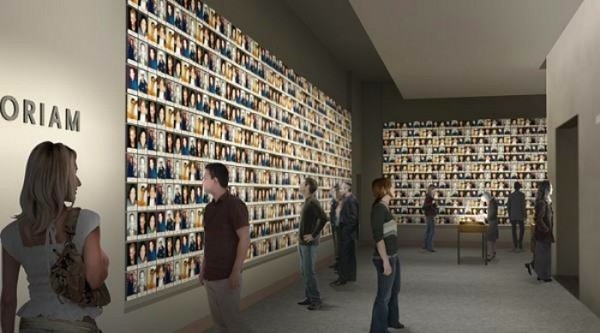 Located between the 2WTC and 3WTC, WTC Transportation Hub will be the third largest transportation in New York. It will measure 150 meters and 60 meters underground.

It is designed for up to 250,000 people per day. It was the Spanish architect Santiago Calatrava, who made the 2012 London Olympic center, the bridge of Seville, the season of Lyon Saint Exupéry Airport in Lyon. In fact, it looks a lot like the new WTC Transportation Hub.

The building has a design called “Oculus”. It will be like a well of very original light from the outside.

The hall will be on this oculus where there will be many restaurants and shops. 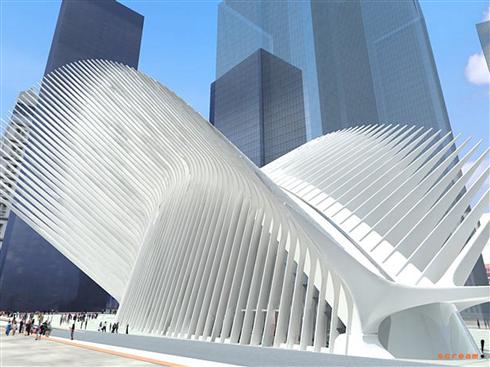