There are many ways to get around New York: metro, bus, taxi, CitiBike, and perhaps you never heard about this one, but there is also a cable car!
It goes from Manhattan to Roosevelt Island.
I’ll tell you all you need to know about it, its history, where to find it, how much does it cost and more 😉

The history of the Roosevelt Island tramway

The connection by tramway between Manhattan and Roosevelt Island began in 1976. At first, it was temporary, but despite the construction in 1989 of the F subway line passing through the island, they didn’t remove the cable car.

Since 2003, the cable car has been like any other public transportation in New York. You can take it with your MetroCard. 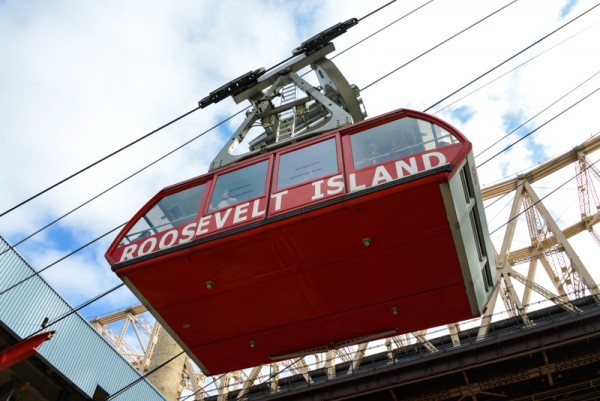 The last cabins were built by the French company POMA in 2010. It has the capacity for up to 110 people. The curious fact is that the company usually builds cabins for the Alps’ cable cars (in Voreppe near Grenoble).

The cable car became famous for its appearances in several films such as Spider-Man, Dark Water, Leon, and the TV show Spin City. 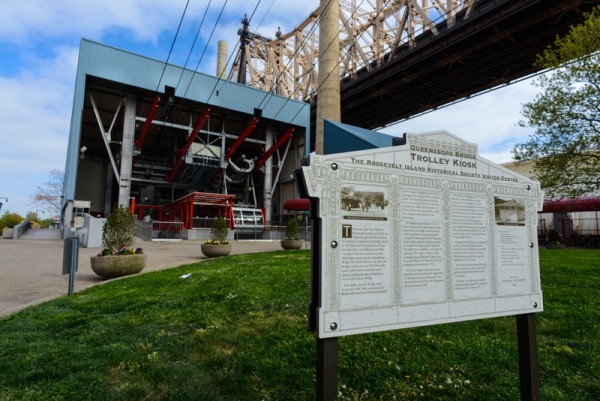 What are the technical characteristics of Roosevelt Island aerial tramway?

Each cabin has a capacity for up to 110 people
The trip takes about 3 minutes advancing at a speed of 28 km/h (8 m/sec).
Its higher point reaches 76 meters (250 feet).
Since it opened up, it has carried over 26 million passengers. 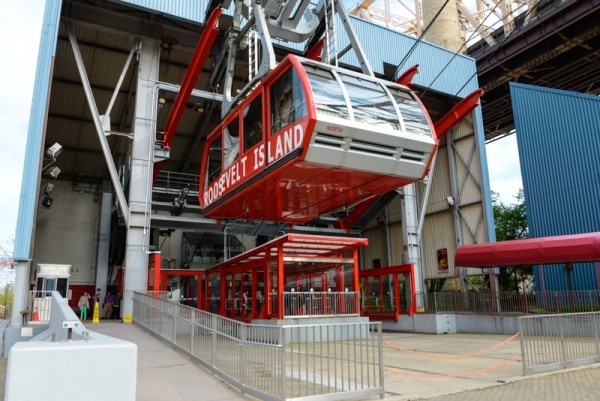 From where can you take the cable car?

From Roosevelt Island, you will find it very easy, it is just under the Queensboro Bridge.

From Manhattan, it stops at the corner of the 60th Street and the 2nd Avenue.

When is it open?

The Roosevelt Island Tramway operates from 6am to 2am every day except on Friday and Saturday from 6am to 3:30am. 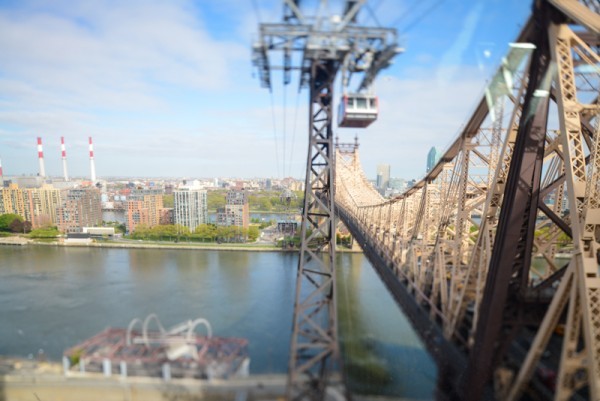 How much does it cost to take it?

Like any public transportation in New York, you can take the Roosevelt island tram with your MetroCard.

If you buy an Unlimited rides MetroCard, the trip is included. If you do not have the MetroCard, a one way ticket costs $2.75. 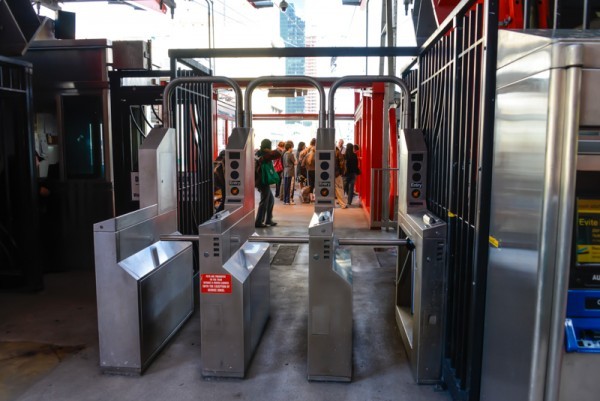 what are time the best times to take it?

The official website of the State of New York indicates that rush hours are from 7am to 10am and from 3pm to 8pm : rioc.ny.gov/tramtransportation

But I suggest that if you can avoid taking it from 7.30am to 9am and from 5pm to 7 pm, when there are more commuters. With a lot of passengers, you won’t enjoy the view as much as when the tram is empty like in the photo below. 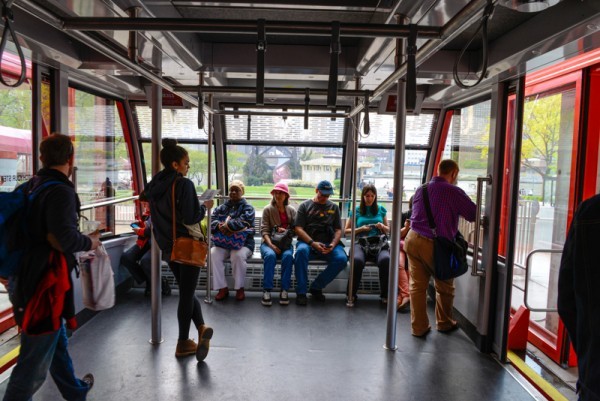 What you will see along the way?

The three minutes trip will be sufficient to take aerial pictures of Roosevelt Island and Manhattan, the East River, the 1st and 2nd Avenue.

You can also appreciate the architecture of the Queensboro Bridge that connects the two boroughs of New York, Manhattan and Queens. 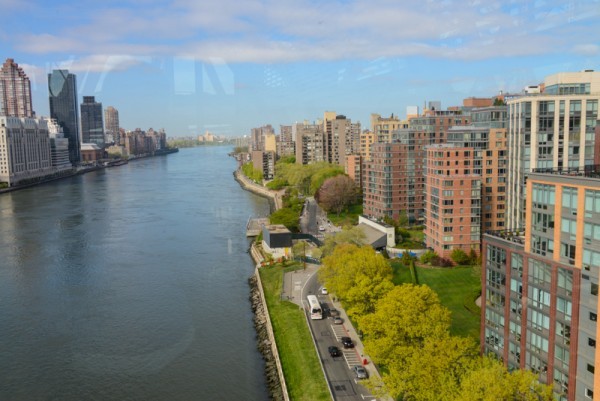 What is the history of Roosevelt Island?

The island was named after President Franklin Delano Roosevelt in 1973. The island had many names before that date, since it was colonized in the 17th century.

It lies between the island of Manhattan and Queens but is under the jurisdiction of Manhattan. 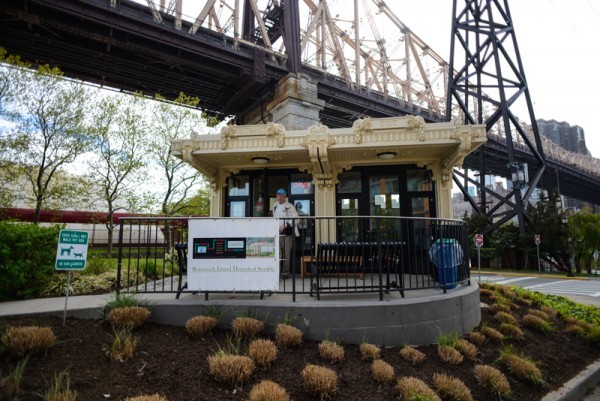 What can you do on Roosevelt Island?

Until recently, you could not see much in the island. There was a prison, several hospitals and an asylum.

The island has recently become a housing area with residential apartments. Now a little over 10,000 people live on the island.

To the south, there is a beautiful park at the extreme tip of the island. It is the FDR Four Freedoms Park (Franklin Delano Roosevelt Four Freedoms Park). It is a lovely, simple place with many trees and a fantastic Manhattan view. It’s a different view than the ones you can see from Brooklyn, and there’s no better place to see the United Nations headquarters. You can also enjoy the panorama on the Chrysler Building, the Empire State Building, and the Queensboro Bridge.

On the other side, you will see a part of Queens, and if you look to the south, you can see the Manhattan Bridge and the Brooklyn Bridge. 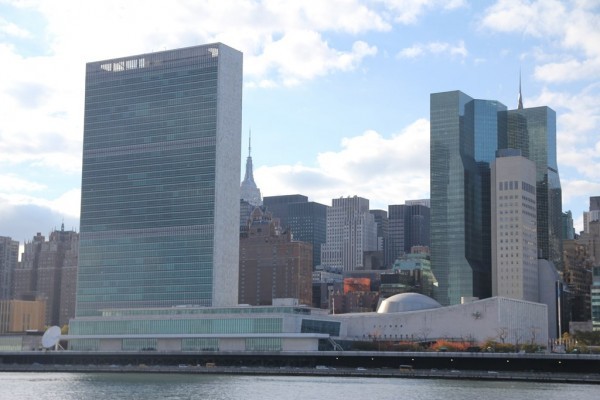 What you need to know before going to Roosevelt Island

As for the rate, the huge advantage is that the cable car can be paid with your MetroCard. It is an original and inexpensive experience. 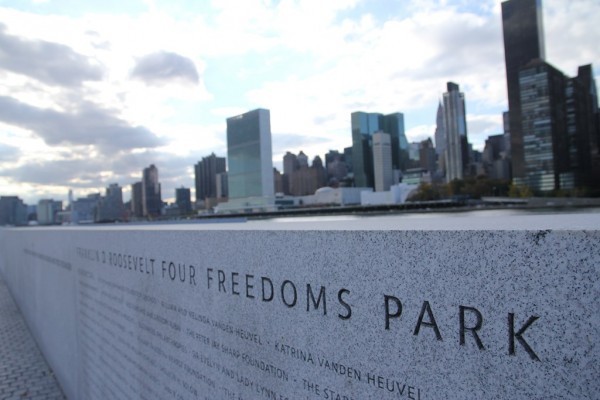 If you do not have much time, do not worry because the tram round-trip ride plus the promenade through the park with a photo session won’t take you longer than one hour 😉 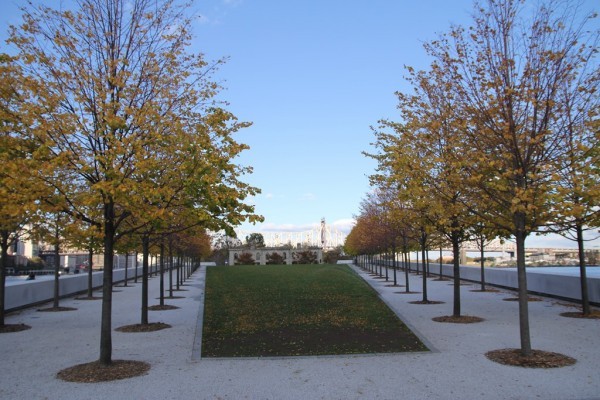 I highly recommend this tour on Roosevelt Island!

You’ll enjoy a very different view of New York, and the best thing is that the tram rate is included in your Unlimited MetroCard 😉 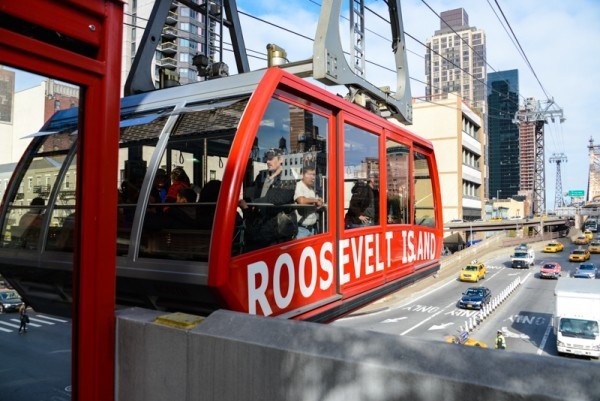