Rudy’s Music, Paradise for all the guitar and bass guitar players in New York 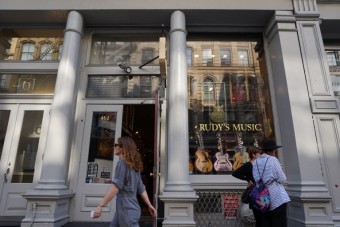 Some of you have been asking if there is any music stores in New York. Well I was walking around Soho one day and I ran into this small music store that I like to call “Paradise for guitar and bass players.” Rudy Pensa owns this store; he’s from Argentina and has been living in New York since 1971. It looks like a museum more than a store, and it’s filled with exceptional guitars that he collects.

Rudy would spend most of his time playing guitar in Argentina dreaming about opening his own guitar store in New York’s Music Row. The Music Row was located on 48th street between 6th and 7th avenue. A lot of music stores opened up on this street in the 1930’s, this part of the city was very common to a lot of known artists such as Jimmy Hendrix, Eric Clapton, and a lot of mythical bands like the Beatles and Rolling Stones. 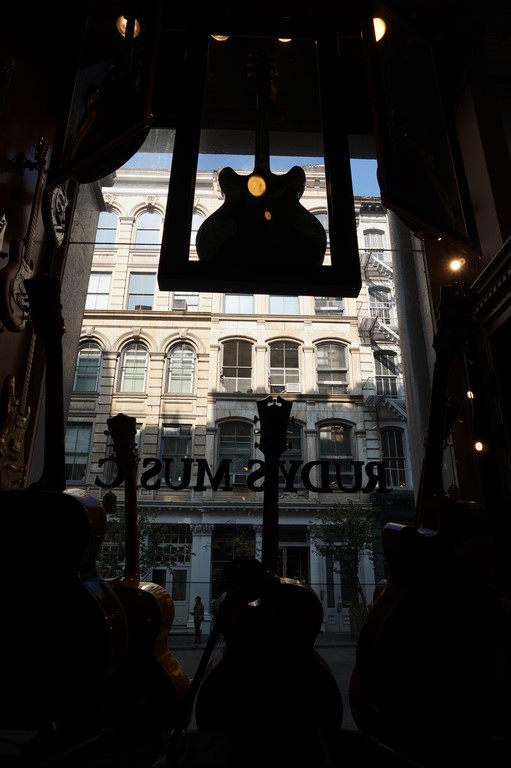 In 1971 Rudy made his wish come true by opening up his first 4 story store in Music Row: Rudy’s Music Stop. Unfortunately the rent was too high to keep the stores opened in Music Row forcing these stores to close down. Rudy was one the stores that had to move, but he is now located in Soho and it is called Rudy’s Music. 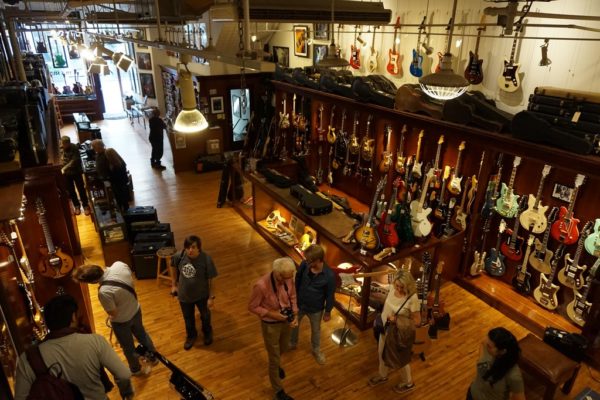 How is Rudy’s store?

His store in Soho has three stories. The instruments are displayed on wooden stands that make it seem like you were in a Gallery. The basement is where you will find the bases, and the guitars are located in the mezzanine. 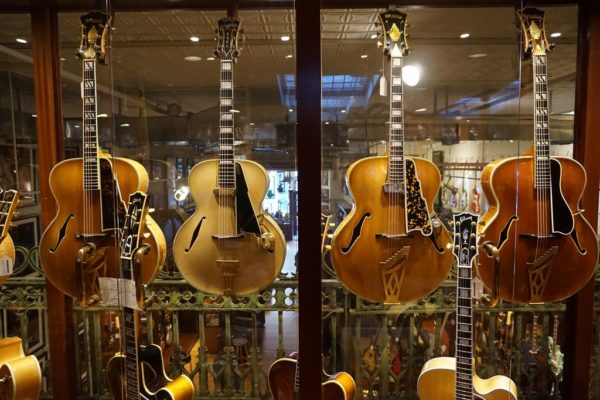 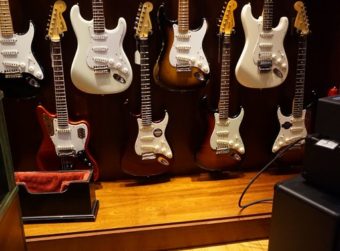 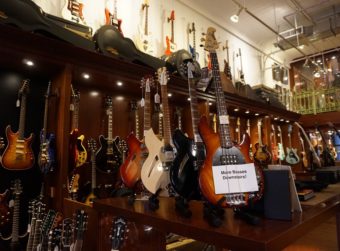 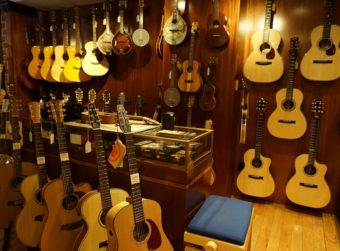 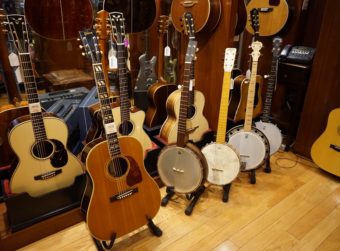 What can you find in this store?

Rudy’s main passion is collecting guitars, you will see hand made electric and acoustic guitars, and certain models even have costumed New York colors on them. 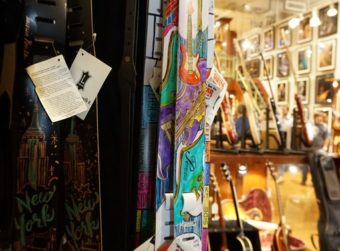 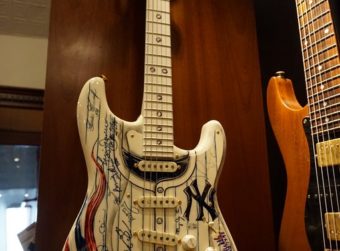 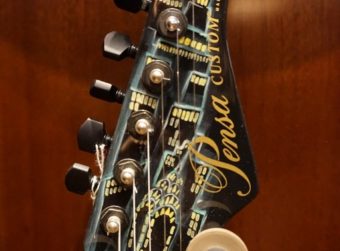 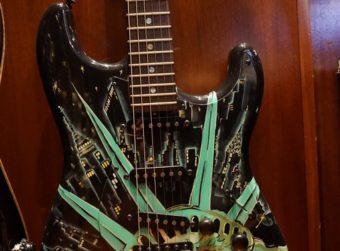 There is well known brands there such as Gibson and Fender starting at $2000, they also have unpolished brands like Froggy Button and Collings that start at $200.000! 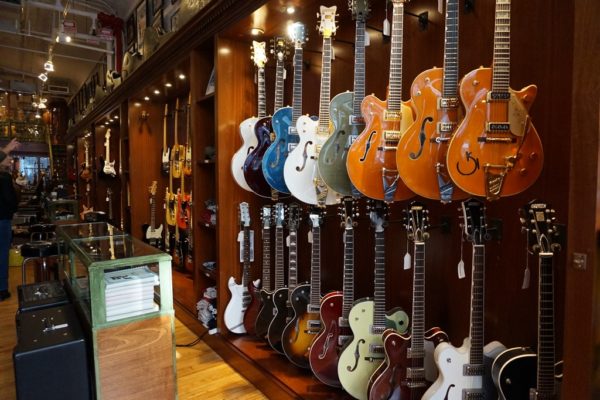 You will also find amplifiers and other accessories like strings, mediators, bags, and hand painted customized guitar straps. 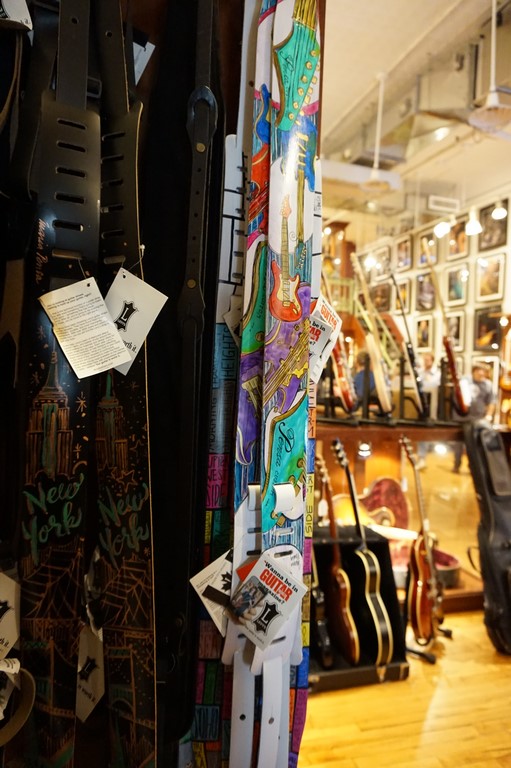 What is the store’s clientele?

Rudy has a lot of well-known customers such as Mick Jagger, Dave Grohl, and David Gilmour. Feel free to take time and look at some of the pictures he has around the store with some of the artist that later became good friends of his. 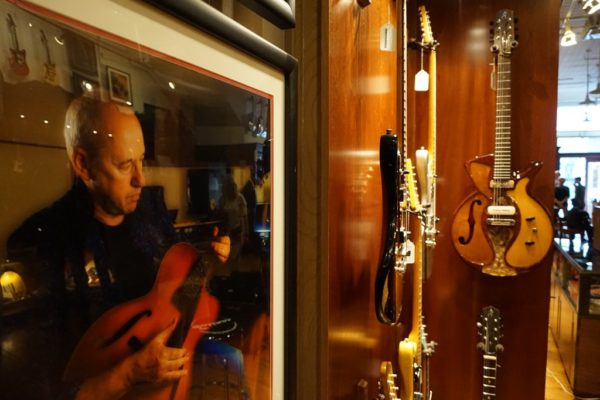 What is a good tip for Rudy’s Music?

If you decide to stop by the store chances are you’ll run into Rudy himself. When I met him he was playing the “frypan” one of the first models of electric guitars ever made, and it also happens to look like a fry pan. His daughter works there as well and they were both very friendly. 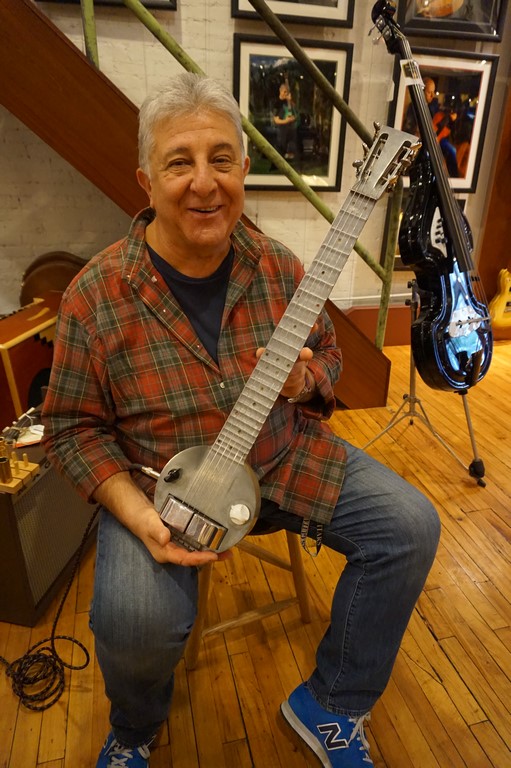 If there is a certain type of guitar model you are interested in you can go on the website and look all of their prices and shipping costs. 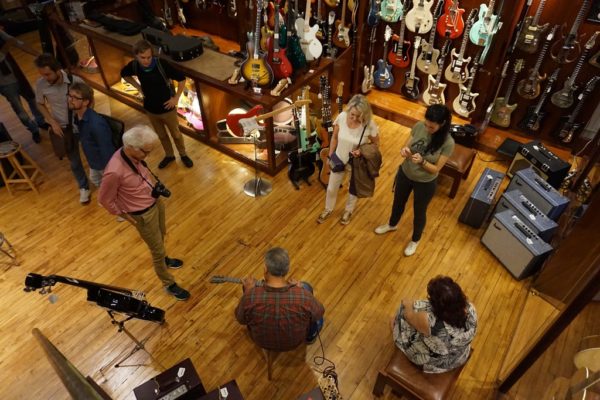 Where is Rudy’s Music located?

If you’re a musician or have a passion for guitars don’t hesitate to stop by and visit. It’s a real treat for everyone not just musicians. 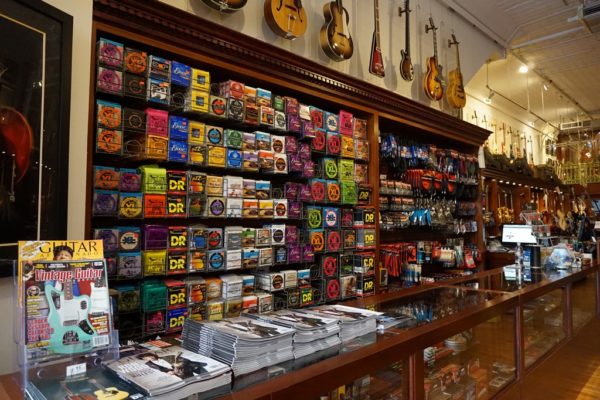