Shake Shack: one of the best burgers in New York 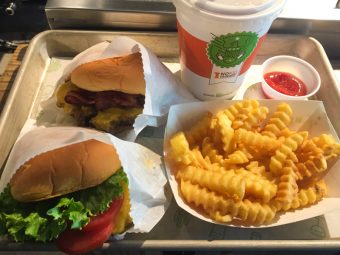 Are you looking for the best burgers in town?
Then go to Shake Shack!!!
As a matter of fact, you probably won’t miss the long waiting line at the Madison Square Park’s central alley. Keep in mind that if there’s such a crowd and especially locals then it surely means that it’s really worth it.
I want you to enjoy since it’s cheap and delicious!!!

So what is Shake Shack ?

First of all, Shake Shack offers a great variety of burgers notably the famous Shak’Burger. It’s served on a flat toasted bun. The meat is particularly good since it’s not dry which is often the case with ground meat. It’s unusual to have the pleasure of eating good tasting beef.

The single Shack burger is made of lettuce, a slice of tomato, a slice of American cheese topped with the Shack sauce. You might think that this is the recipe of a regular burger but I can assure you that this is absolutely worth it!!! 🙂 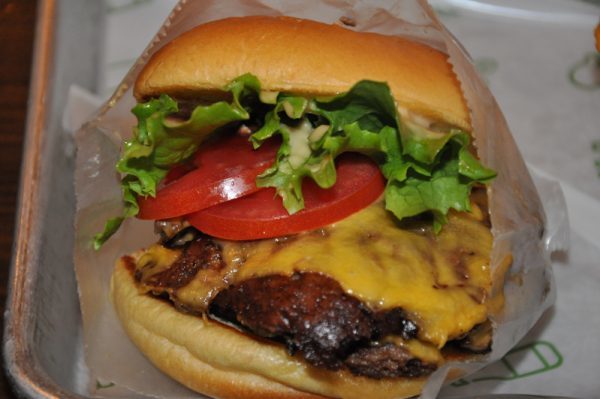 Then the French fries are very tasty!!! They are golden crisp and perfectly cooked. In the meantime, try their pastries and ice creams.
Only good stuff at reasonable prices!!! 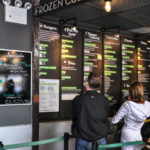 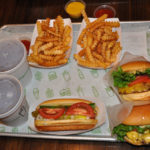 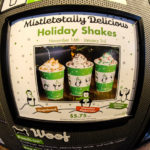 There’s one Shake Shack located in Madison Square Park, it’s even more enjoyable on a summer evening (ideally) you can enjoy your burger, fries and ice creams sitting under the trees, while looking at amazing views of Madison square and the Flatiron Building 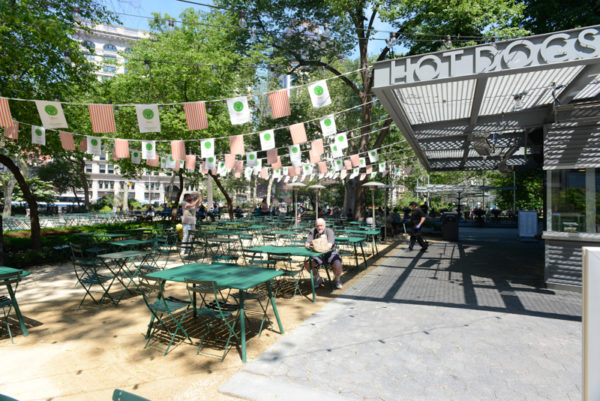 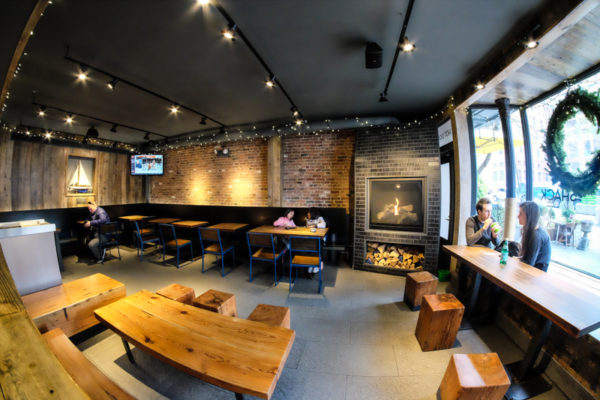 What more can you ask for?

What about less waiting lines!!! 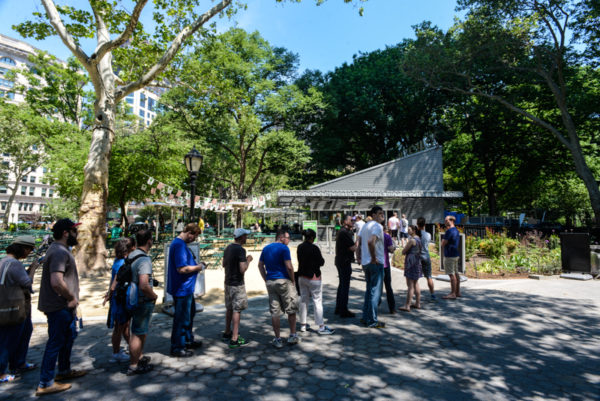 It’s had great success since it’s opening in 2004, Shake Shack recently opened 4 additional locations in New York and one in Miami Beach, one in Saratoga Springs, Las Vegas and even Dubai!!!

If you want to reduce your waiting time to a minimum of 10 minutes, you may head to another Shake Shack location by the Museum of Natural History. Their other locations are available close to Times Square, in Queens (close to the New York Mets Stadium) and the latest one just opened in Battery Park (South of Manhattan).

You just have to get to the counter and then you will be handed a sort of “tv controller”. Shake Shack has implemented a system to avoid letting customers wait impatiently for their burger: a remote control (as shown) is given to you when placing your order. As soon as the remote vibrate then it’s time to head to the counter and get your fries, burgers and other delicacies. And now eat and ENJOY!!! 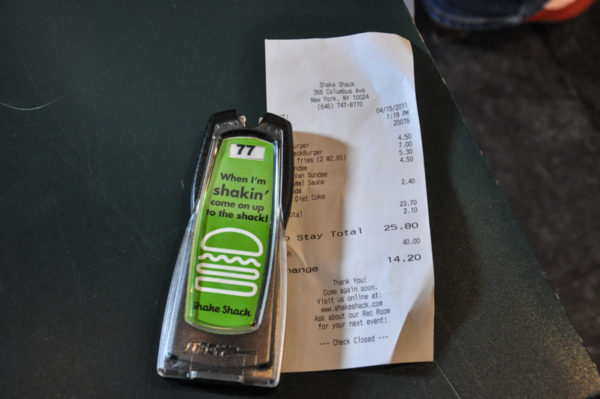 I hope that I’ve convinced you to taste some yummy burgers at Shake Shack on your next upcoming trip to New York!!! 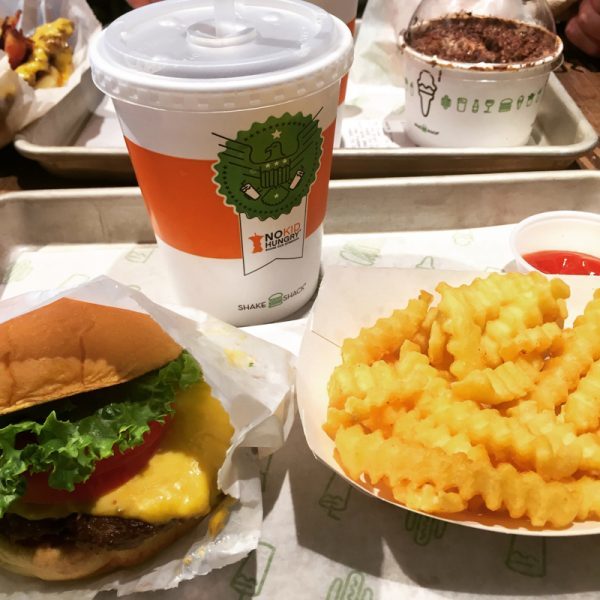