The Empire State Building: a must-do for any traveler 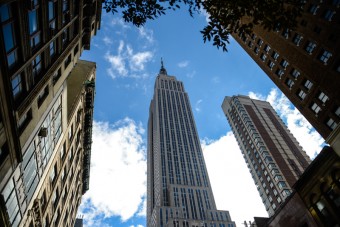 The Empire State Building is one of the most famous skyscrapers in New York and the United States. It is one of the must-see buildings for any traveler visiting New York!
Follow your guide 😉

The Empire State Building is set to reopen to the public on July 20th!
Health security measures are put in place to ensure visitors’ protection:
– Dace covering is mandatory, temperature screening, and hand sanitization prior to entrance.
– Time slot reservation system with a limited number of visitors,
– Installation of filters to purify the air.

The City of New York sold a virgin plot (now bounded by Broadway and Sixth Avenue on the west, Madison Avenue on the east, 33rd Street on the south and 36th Street on the north) for $2,600 to John Thompson in 1799… It’s hard to believe it’s was just a farm back then !
It’ s not until March 17, 1930 when the construction of the Empire State Building began. The workers were building 4 ½ stories per week under the direction of Shreve, Lamb & Harmon Associates. 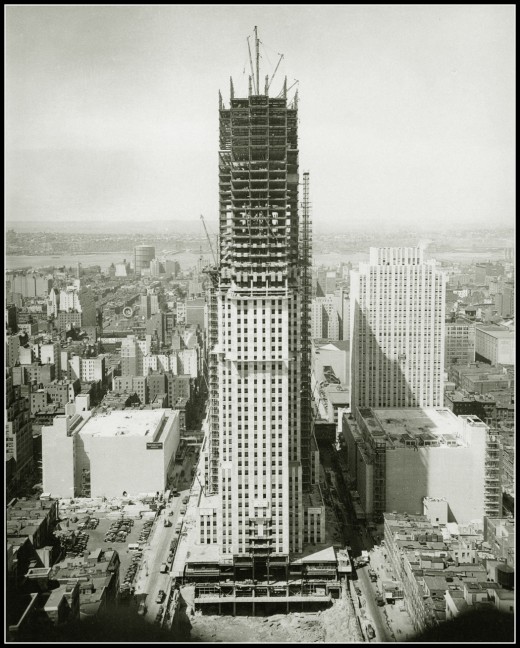 On May 1, 1931, President Hoover pressed a button in Washington, D.C. to officially inaugurate and turn on the Empire State Building’s lights.
The ESB  has an art-deco style and is in the Midtown area of Manhattan, on 5th Avenue, between 33rd and 34th street.
It is 381 meters high (448.7 with antenna) and has 102 stories.
It was the tallest building in New York and was the highest for a long time in the world. Nowadays, the tallest building in Manhattan is the One World Trade Center. 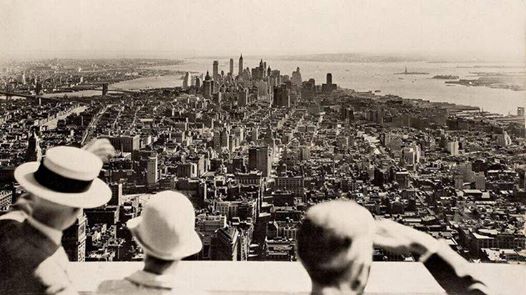 When to visit the ESB? 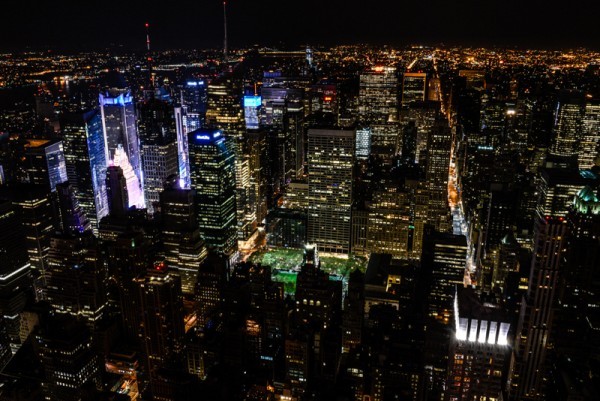 You will not regret the night view of Manhattan and there are less tourists if you go between 22h-23h, as you can see in my picture. 😉 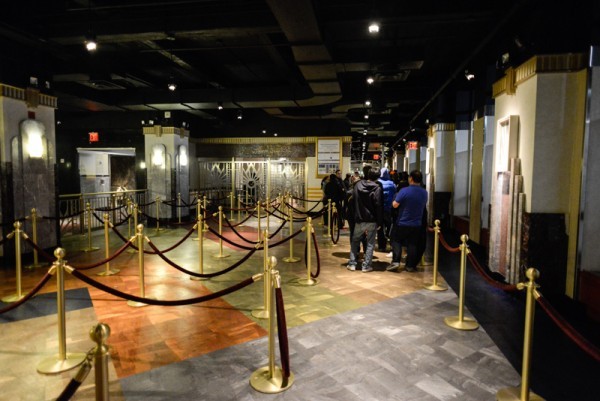 During the day, I recommend that you visit the Top of the Rock, because from there you get a better view of Central Park and see the ESB. I explain why it’s better to visit the Empire State Building by night and the Top of The rock during the day in this post. 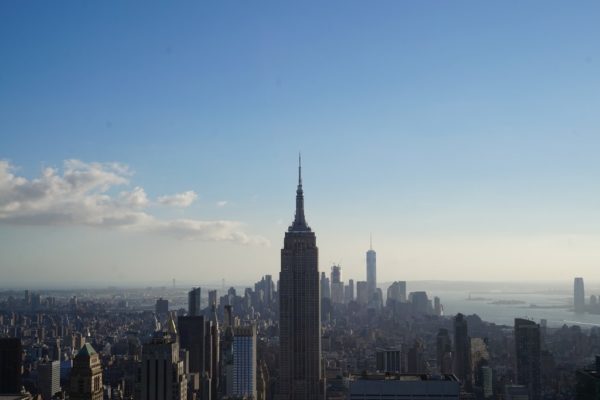 After several months of renovations, a museum just opened in August 2019! It is located on the second floor with 10.000 sq/ft galleries! The exhibits deal with the story of the building, from its construction to our days:
– The Site in the 1920s with black and white photographs of the area,
– Construction makes you feel the atmosphere during the building of the skyscraper, don’t forget to take a picture with the construction workers! 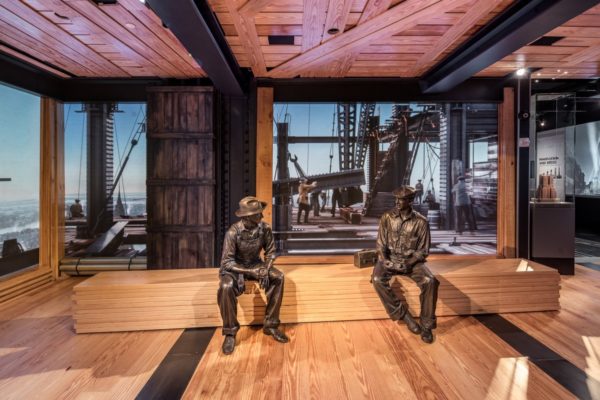 – Opening Day, with the emotion of the newsboy selling his papers, announcing the opening of the ESB,
– Modern Marvel showcases that ESB incorporated the latest technical advancements to be a leader in sustainability 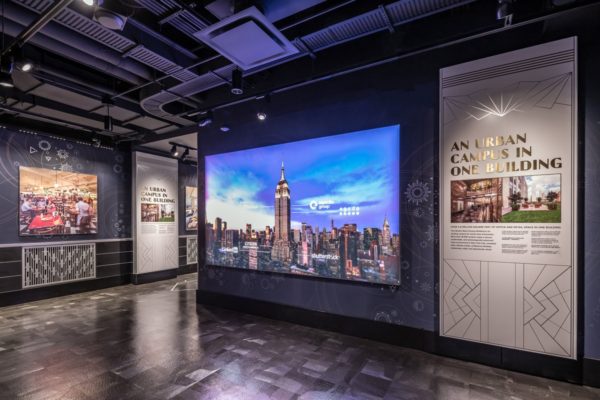 – Otis Elevators, because without them, it will be impossible to get to the observatory! It’s a fascinating gallery to understand how Otis succeeds in transporting more than 10 million people per year.
– Urban Campus takes you to the 100 floors you don’t normally see: offices, amenities and hidden views. 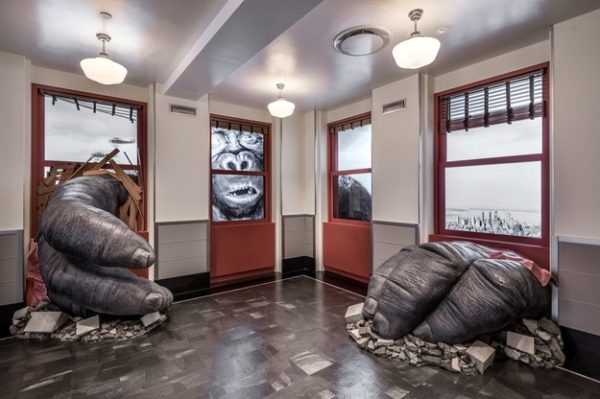 – World’s Most Famous Building with more that 70 screens displaying the role of the Empire State in culture from its construction to today.
– King Kong, walk through an office before it gets crushed by Kong’s hands!
– Celebrity with the photographies of the ESB most famous visitors. 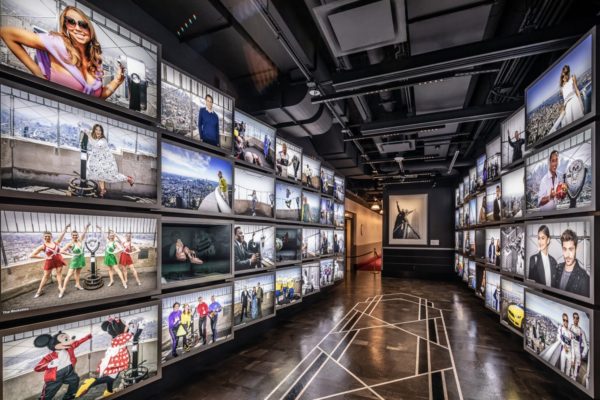 How much does it cost to visit the Empire State Building?

Visiting the ESB it is unforgettable but can also be quite expensive.

You can also purchase VIP tickets or packages with guided tour. It’s a bit more pricey, it depends on the experience you want.
Click on the buttons bellow to purchase a ticket.

Please note
The Top Deck is closed until further notice. 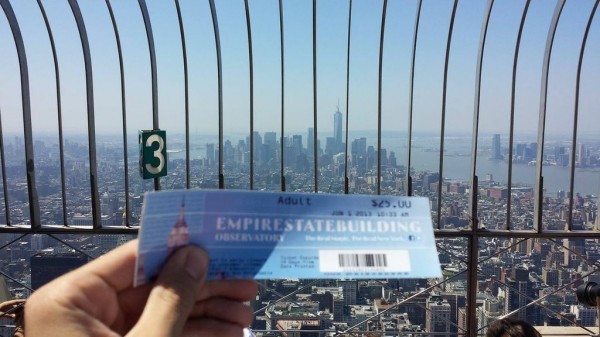 There is also access for people with disabilities, see in NYCTT.

My advice: the visit of the Empire State Building is included in the New York CityPASS. The pass grants you two visits on the same day, so you can go in the morning and at night. If you want to avoid the long waiting lines, it’s better to arrive when the Empire State Empire opens and come back by 11.00pm.
Having a pass allows you to enjoy other activities in New York at a lower price 😉 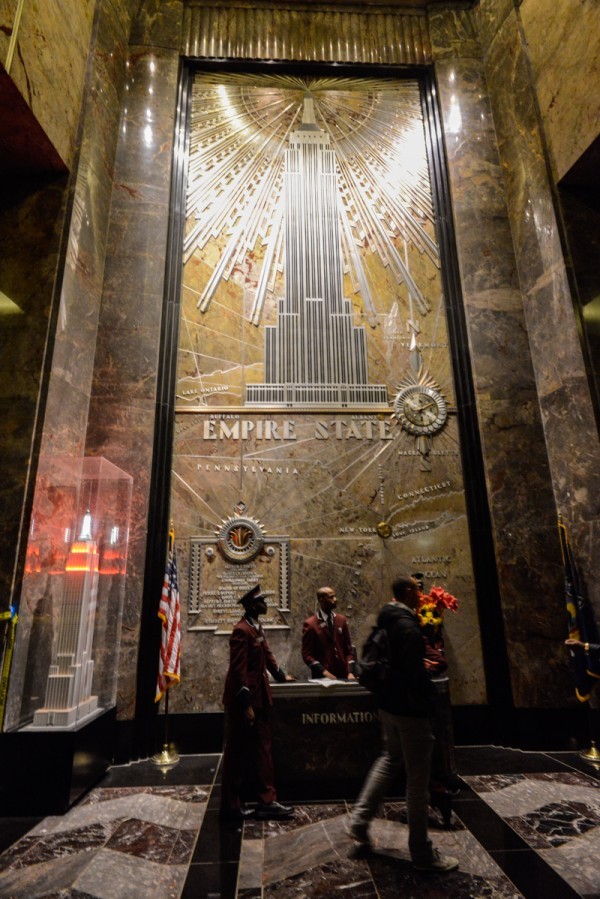 The tower of the Empire State Building changes the color of its lights to celebrate a national or international event: the sports national holidays in the United States, Mexico, Germany, events like the US Open.
If you are in New York at this time, take advantage of the ESB tower with its various colors. You can see the calendar of the tower lights here. 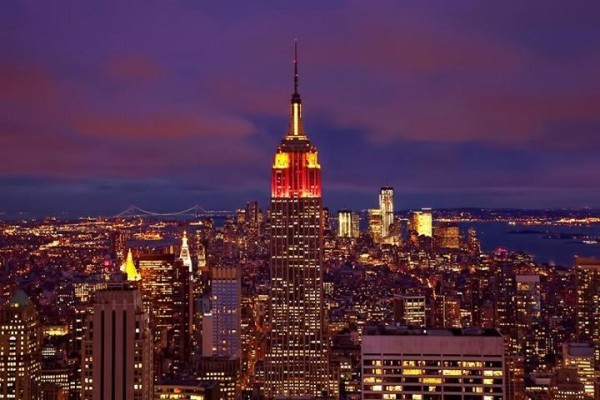