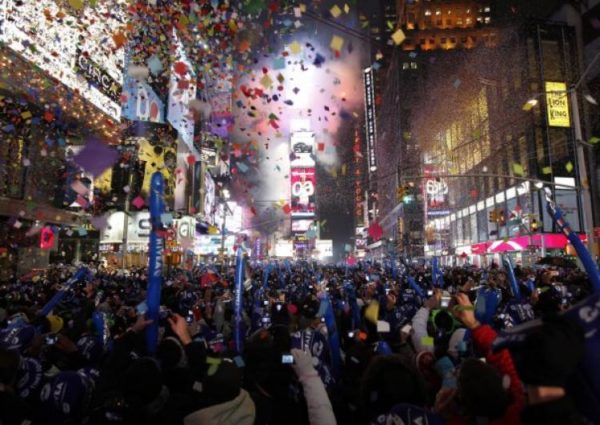 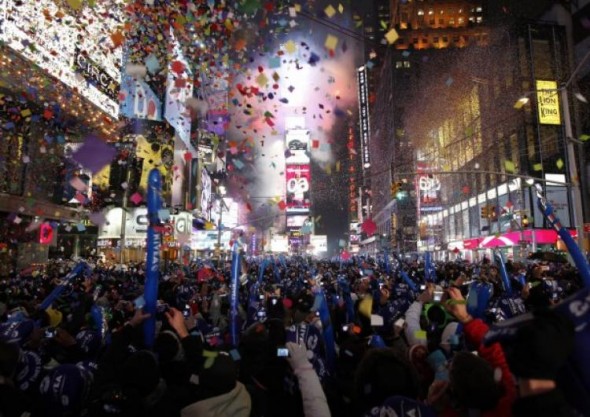 Every year, exciting concerts and shows are scheduled on New Year’s Eve.

See my calendar of eventsSearch for more events 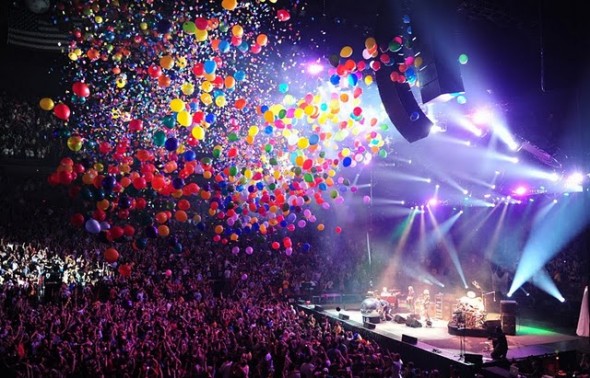 3/ Watch New Year’s Eve fireworks, but which one?

To celebrate the New Year, 4 fireworks are launched in NYC.
– Times Square Fireworks: the most famous one and where the most people are. 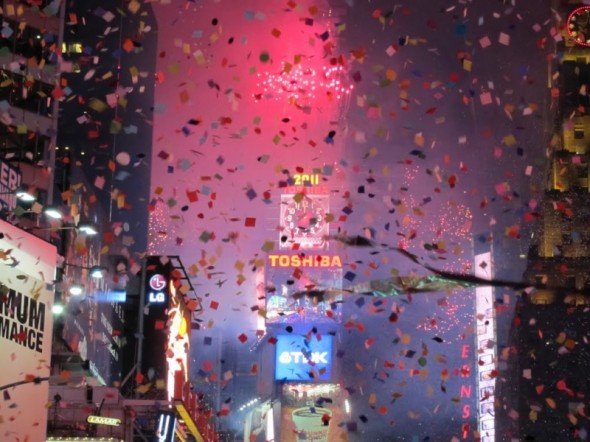 – Central Park’s fireworks: especially given for the New York Runners Club and their Midnight Run (see below). The fireworks are launched from the Hecksher Ballfields.

– The New York Harbor fireworks: launched from New York Harbor close to Liberty Island. You can see it from Brooklyn, the south of Manhattan (Financial District), and New Jersey. And of course, if you happen to be on a dinner cruise, then you’ll have the best view. 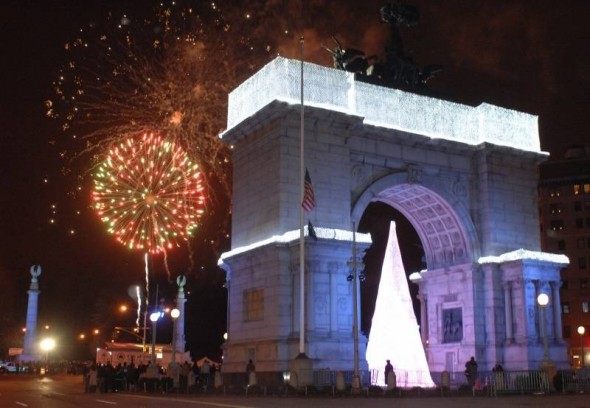 If you are a sports fan, you like to have fun and want to try something original to celebrate New Year’s Eve in NY, then don’t hesitate to join the Midnight Run.

Read more about the Midnight Run 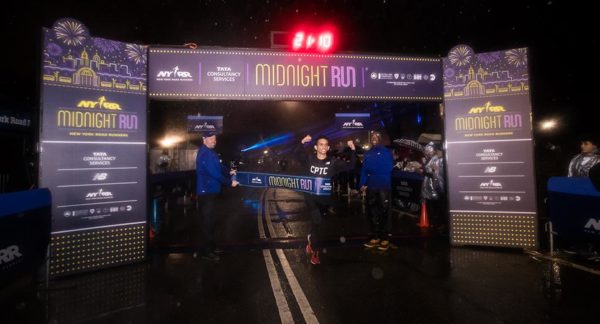 5/ Walk on the Brooklyn Bridge for New Year’s Eve

Learn about the Brooklyn Bridge and City Hall with an evening walk. You’ll enter the New Year with the view of spectacular fireworks of nearby neighborhoods. The walk starts at 10.30pm for 90 minutes.

If you don’t want to spend money, you can walk on the Brooklyn Bridge too!!

Read more about the Brooklyn Bridge Walk Into the New Year 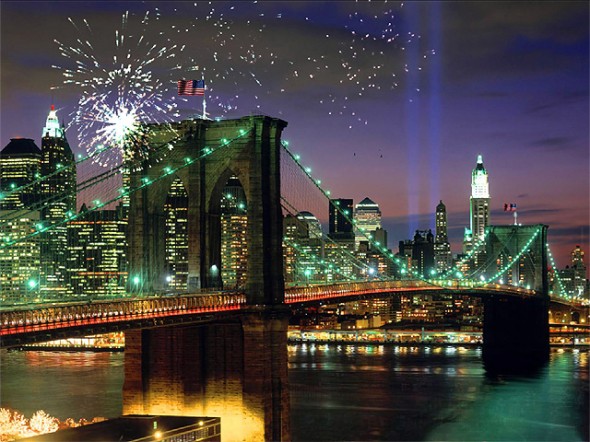 Just like anywhere else, the prices of restaurants in NY for New Year’s Eve tend to run higher than usual!!
Now, it’s true that the menus are fancier and more festive.
If you wish to book in any restaurant on that evening, do it right away on the Opentable website.
You can also see my list of the best restaurants in New York since they all offer special New Year’s Eve menus. After all, there are hundreds of restaurants, but I won’t be able to list them all 🙂
Otherwise, you can revise Balldrop, where you will find a diverse selection of restaurants and bars where you can spend NYE! 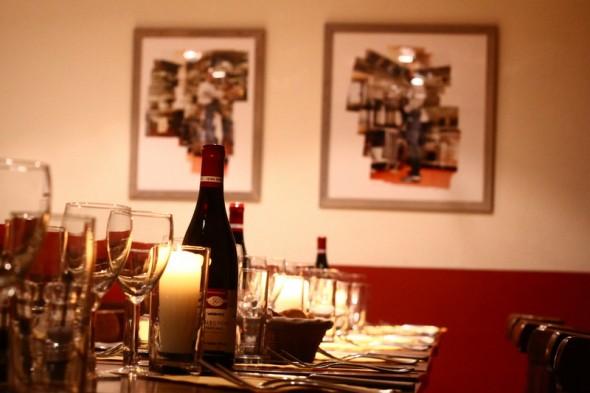 Regarding bars and clubs, you don’t need to book ahead to go.
But if you want to book a table and make sure to get a seat, it’s best to call the establishment or send them an email.
The question remains: which bar or club can I go to?
I recommend amazing bars like 230 Fifth Rooftop, and others that I listed on my website here. You can also see the options offered by BallDrop. 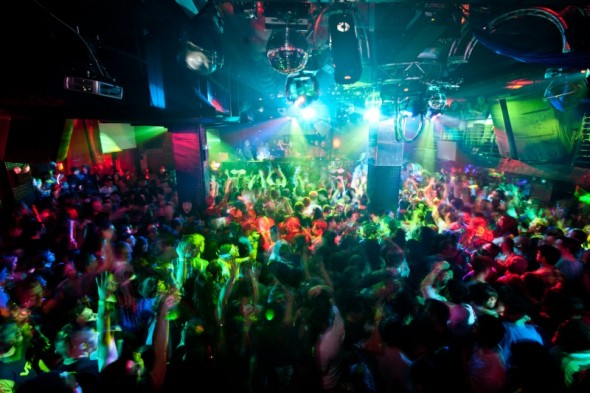 If you are looking for an original, romantic, and magical evening then why not try a dinner cruise in NYC?
Departures are scheduled around 9 pm, with a return around 1 am.
It’s possible to find boats like yachts 🙂
Depending on the boats, the type of menu offered, and the company, prices can go from $150 to $800.
The choice is yours according to your budget and tastes.
The boats offer a magnificent view of all the fireworks around the city!!!!

Otherwise, you always have the option of a free boat ride!!! You know, the Staten Island Ferry since it’s a 24 hours service, and if you manage to take the midnight ride, this could be a really great tip!!!! And it’s free!!! 🙂 🙂 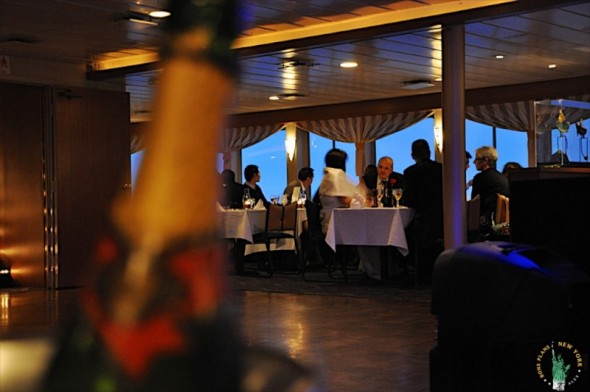 If you want to start the New Year on a magnificent view of New York and enjoy the fireworks around the city, the Empire State Building might be an excellent option.
However, just like any cool and unique place in New York, this will be very crowded.
I recommend going up very early to make sure you get a great spot at the top. When I say very early, I mean lining up at the bottom of the Empire State Building around 8 pm or 6 pm.
Ideally, the goal is to get the right spot and keep it.
Besides, you have to consider how to place yourself if you want to see at least two or more fireworks. Here are some hints:
– North: you’ll see Central Park and Times Square’s fireworks
– East: you’ll see Prospect Park and some of Central Park’s fireworks (not guaranteed 🙁 )
– South: you’ll see Prospect Park and the NY Harbor fireworks
– West: you’ll see Times Square, NY Harbor and some of Central Park’s fireworks
Now, the best tip is to place yourself in the middle of the ESB on the west side!!!! 🙂

While upstairs, please remember that it’s very windy so cover yourself as much as possible with hats, scarves, gloves, long johns or tights and warm shoes.

And avoid going to the bathroom around 11:30 – 11:45 because you might lose your spot even if your partner is saving it. There will be so many people that it will be hard to find your way back. 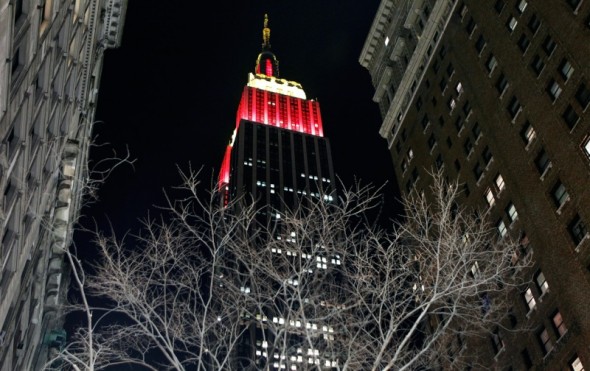 10/ Celebrate the New Year with a bike ride

If you want to go bike riding on New Year’s Eve, you can join the annual “New Year’s Eve Ride.”
It’s a bike ride between Washington Square Park and Belvedere Castle in Central Park.
Where is the official meeting place? Washington Square Park under the Arch at 10 pm in December 31st.
Now, if you miss the 10 pm meeting point, there is a 2nd one at 10:30 pm at Madison Square Garden close to the Flatiron Building.
If you want a longer bike ride, you can be at 9:45 pm in Brooklyn by the Williamsburg Bridge entrance.
And if you want to join everyone in Central Park, make sure to be at the Belvedere Castle at 11:45 pm.
How much is it? : It’s all free!! 🙂
Reminder: Dress up in a costume for yourself and your bike, bring food and drinks to share with everyone and confetti. 🙂 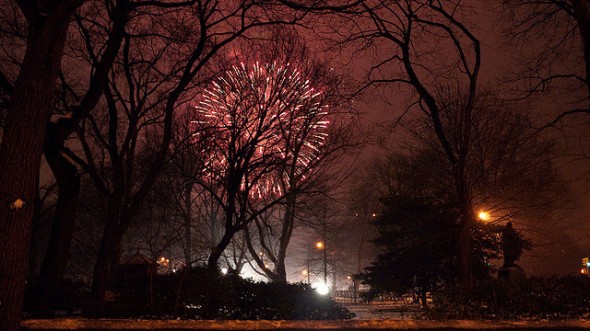