Troquet, a piece of France in SoHo 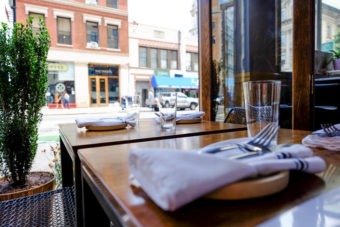 SoHo is a must-see neighborhood when you visit New York. But visiting such a big city makes you hungry (and thirsty)! Troquet is a perfect place to take a break and taste something different.

Clément Mery and Thomas Olmedo are two childhood friends with a very different life. Clément worked for Decathlon stores in Sri Lanka and Thomas created his own transport company in France.
They wanted to commit to a common project, they both like New York City, so they decided to open a restaurant-bar in SoHo, near Little Italy: Troquet. Troquet is a French slang word meaning bar.

In Sri Lanka, Clement met Camille Martin, a talented chef who worked at one of the Pourcel brothers’ restaurants (three Michelin stars in France). Now she is in charge of the kitchen in Troquet!

Before Troquet there was a French restaurant named Parigot (French slang to nickname the Parisians) where the French community usually met. The community is still very present because Troquet is a very nice place that serves quality food. 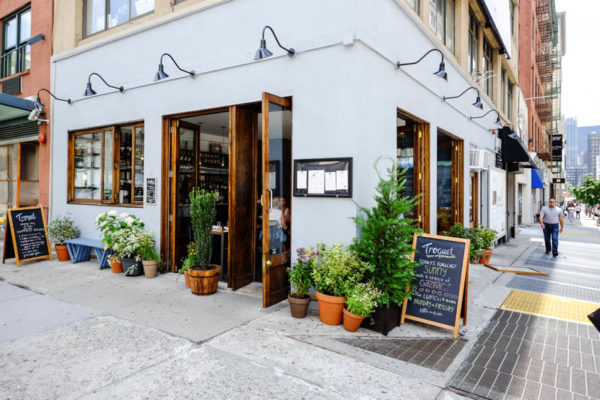 Troquet is located at the corner of Grand and Lafayette streets. There’s a lot of natural light thanks to its large doors and windows.
The decoration is simple: wooden furniture, the wallpaper has a vintage flowers pattern, giving the place a “French touch”. 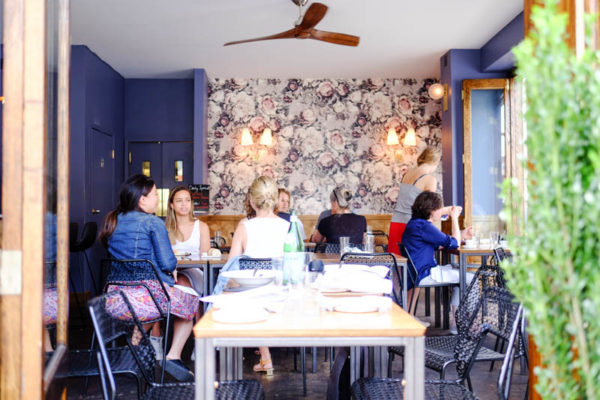 What does Troquet propose?

Troquet opens for lunch, dinner and brunch during the weekend. The menu is quite classic for a French restaurant. However, you will be very surprised by the dishes. Camille is a very creative chef and presents her food in a very personal way, far from the traditional mode.

For example, the picture below is a lemon cake! If you order a lemon cake in France it won’t look like this one… and it won’t even taste the same! No, because this one was really DE-LI-CIOUS! 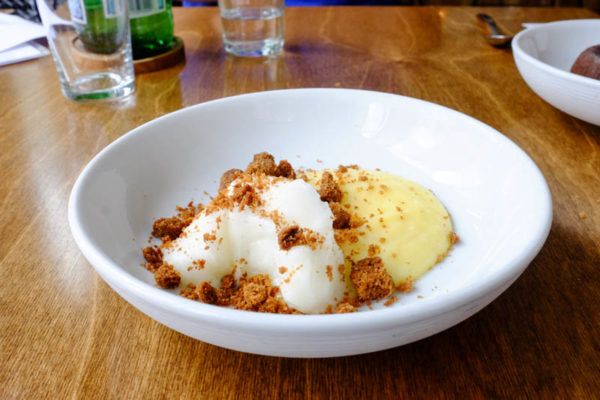 This day I was able to try a gazpacho, a risotto with shrimp and chorizo, a Caesar salad and a chocolate cake. 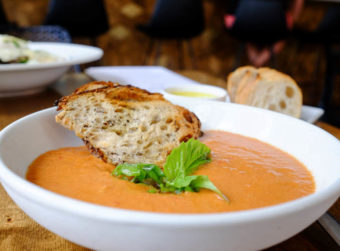 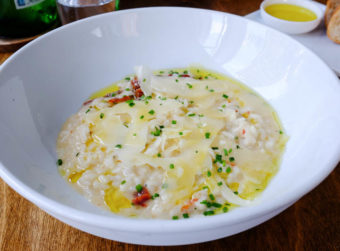 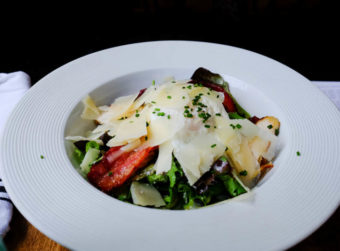 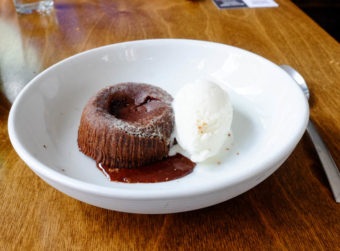 They have more than 120 wines, French (of course), American and international.

Camille is an exceptional chef. Her food is exquisite. She was able to interpret the ideas of Clément and Thomas, who wanted fusion dishes: mixing international flavors with the French tradition. 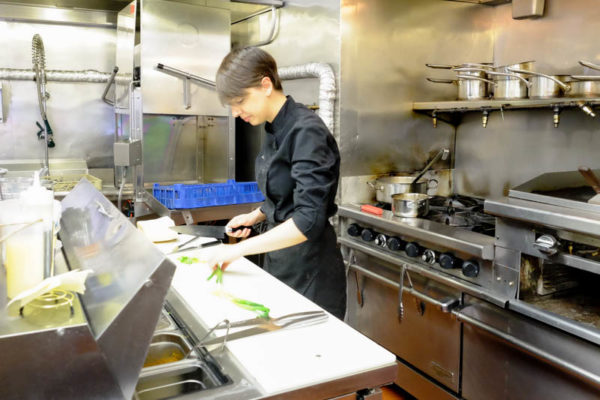 Where is it and when does it open?

I think I’ve said it all! Oui! Troquet is a small restaurant ideal to take a break between your visits, or maybe in the evening for a few drinks or share a dish of Camille Martin. 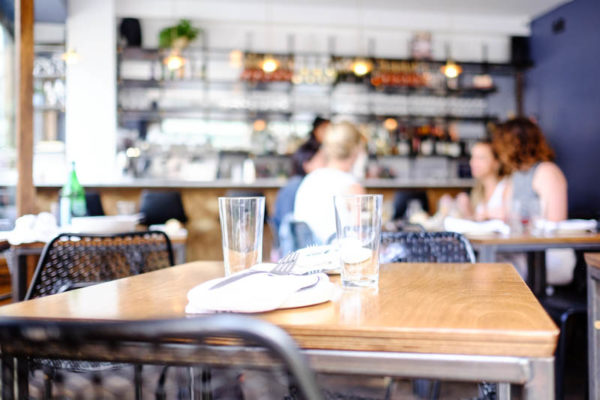 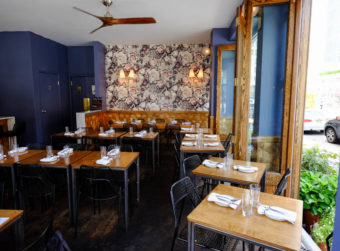 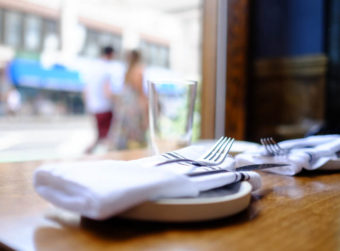 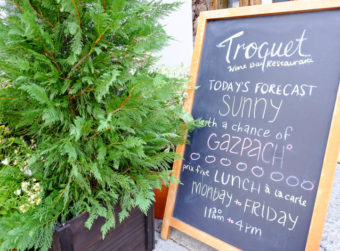