The best tips to visit Philadelphia and Lancaster from New York 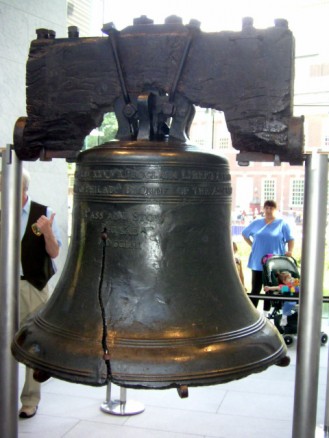 If you’re going to stay more than a week in New York City, I guess you will look forward to visiting Philadelphia, and perhaps the city of Lancaster, where an Amish community settles.
Philadelphia is located about 100 miles from New York, that is less than 2 hours by car and less than 3 hours by bus.
To go to the city of the Liberty Bell, there are several options described below.
Let me give you some tips on how to organize your trip to Philadelphia and Lancaster from New York City:

1. With a rented car

If you don’t want to be like any tourist, rent a car!
After reviewing the American car rental market, the company which offers the most attractive rates is Rentalcars.

I rented one of their cars to go to Florida. For the price of a single other car on official websites (Budget, Alamo, Avis …), I rented a convertible Chrysler! for the same price, it’s better to rent a car that draws your attention 😉

Before renting a car: You must be careful with insurance companies, car rentals always offer you an insurance, telling you that is best for you. If you pay with certain credit cards, Mastercard Gold or a Visa Premier, the insurance is already included (check with your bank, it may be different from country to country).

Then think twice about having a GPS to find your way on the American roads. I recommend that you download a GPS for your smartphone (Android or iPhone). You could save money since the car rental companies suggest that you add a GPS, selling it at premium prices… Or you can buy a map of the area you want to visit. If you do not want to worry about travel arrangements, you can book your visit to Lancaster and Philadelphia with two companies.
They suggest leaving Manhattan early and return in the evening.
Travel details:
– Transportation by bus between Manhattan and Philadelphia, departure at 7am.
– Walk in the city to visit Chinatown, Benjamin Franklin Parkway, Elfreth’s Alley (the oldest inhabited street in USA), the Liberty Bell, the Constitution Square and Independence Hall, one of the many freedom symbols of the country.
– Leaving Philadelphia, you’ll visit the Philadelphia Art Museum and then you’ll go to Lancaster County, where an Amish community lives.
– After a break for lunch at the Amish market, you will visit an Amish farm and see how the Amish live (no electricity, no running water, no phone service…).
– Return to New York in the late evening.
Price: $ 169 per person. 3. By train with Amtrak

If you do not want to rent a car or travel with a tour, you can go to Philadelphia by train.
To do this, you have to go to NY Penn Station and board the train going to Philadelphia.
Duration: the journey takes between 1h20 and 1h35 depending on the number of stops.
Price: from $100 round trip, but prices vary throughout the year, depending on the seasons.
The advantage of going to Philadelphia by train is that the trip is quite fast and not too exhausting. Furthermore, you can visit the city at your own pace and return to NYC anytime.
However, you may not make it to go to Lancaster, because it is about 100 miles between the two cities. 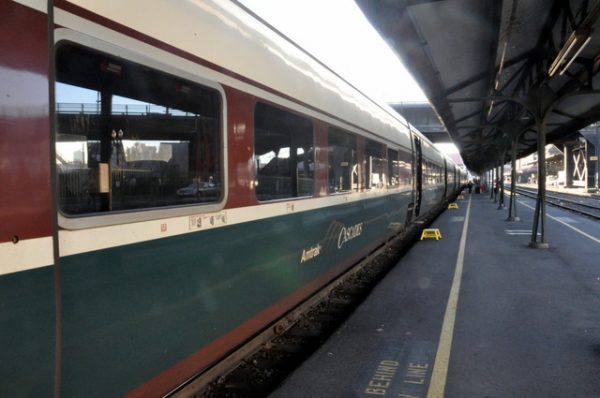 What to visit in Philadelphia?

Americans use to call Philadelphia “Philly”. It means “the city of brotherly love” (philo: love and adelphos: brother). It was a place destined to be of tolerance for the Protestants.
It is the largest city of Pennsylvania. Its climate is similar to New York, with cold winters and hot summers.

There’s a lot of hotspots you can’t miss in Philadelphia, starting by the Independence National Historical Park. This is where you’ll see the Independence Hall, Liberty Bell, famous for its imperfections and for being a symbol of freedom for a large majority of Americans. Indeed, the bell supposedly rang just after the Declaration of Independence. Here stands the house of Betsy Ross, who supposedly made the first American flag.

The Declaration of Independence was signed on July 4, 1776 in Philadelphia. It’s also where the Constitution was written in 1787. You can visit the Independence Hall every day.

Note that at the end of the eighteenth century, Philadelphia was the center of revolutionary movement, precisely under the leadership of Benjamin Franklin (1706-1790). The scholar was born in Boston and lived in Philadelphia since 1723. He is one of the founders of the Library Company of Philadelphia (1731), the University of Pennsylvania (1740) and the American Philosophical Society (1743). In 1752, he invented the lightning rod.

It’s a city with lots of history! You can also follow the footsteps of Sylvester Stallone in Rocky, as the film was shot in Philadelphia. The most famous place of the film is obviously the steps of the Philadelphia Museum of Art where Rocky used to train. Now they raised a statue of Rocky! If you stay at this place a few minutes, you will see there’s always someone repeating the famous scene of Rocky running up the steps. What to visit in Lancaster?

Take advantage of being already in Philadelphia to visit Lancaster. You will have a Back to the Future experience with the Amish community that lives there.

This community lives on its own, apart from modern society.

Usually men are dressed in black suits and white shirts, they wear suspenders and a hat. Women wear dresses and have a specific hairstyle.

The Amish do not have cars but horse carts, they don’t use any electronic device… but they know how the trade and do business! 😀 Any object or item produced by the Amish are named after them: jams, coffee, milk, shirts, scarves … and all tourist souvenirs (key rings, mugs …). All that you can find in a “modern” store you will find it in Amish shops.

I recommend that you walk in the streets rather than staying downtown, to discover their lifestyle and understand how they can live without electricity. I hope I have helped you to know Philadelphia better, Lancaster and its Amish community, and how to get to these places.

In my opinion, it is best to rent a car to feel independent and free. Now it’s up to you to decide whether to visit Philadelphia and Lancaster or not! 🙂