During the year, you’ll be able to witness a spectacular phenomenon in New York, the Manhattanhenge.

It’s a really great tip in New York since you just have to stand in a particular direction and enjoy the show.

I’ll explain everything you need to know about this event every year in New York: how, when, and where it occurs, and of course, you’ll get to see some great photos!!!

It occurs twice a year when the sunset perfectly aligns with the east-west streets on the main street grid in Manhattan.
It’s also called the Manhattan Solstice.
Every year, the event takes place twice for two days:
– one day you can see the sun in full, also known as Full Sun on the Grid – on the other day you can see half of the sun, also known as Half Sun on the Grid Why is it called the Manhattanhenge?

The word “Manhattanhenge” is a neologism between Manhattan and Stonehenge.
Stonehenge is a prehistoric monument in Wiltshire, England, where stones are aligned with the sun at a certain time of the year.
Kind of like this 🙂

When does it occur in New York?

Where can we see the Manhattanhenge in New York?

To witness the event, you need to stand according to the Commissioner’s Plan of 1811 from 14th street to the neighborhood of Washington Heights.
Here are the best streets to see, enjoy and take photos:
– 14th street
– 23rd street
– 34th street
– 42nd street

What’s the best tip to watch and take great pictures?

Besides standing on the streets cited above, the best tip I can give you is to stand on Tudor City Bridge located between Grand Central and the UN, as show below:

From there, you’ll be able to see everything, but get there soon! Can we see the sunset and enjoy the same view on another date?

Yes, it’s called the Winter Solstice in New York.
You’ll be able to see the sun rising in the East, also aligned with the streets of New York.
It applies to the same streets.
Every year, the event occurs between December 5 and January 8. 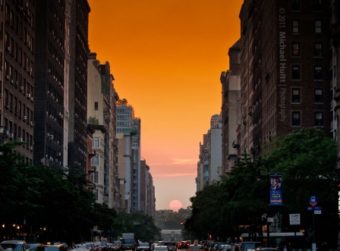 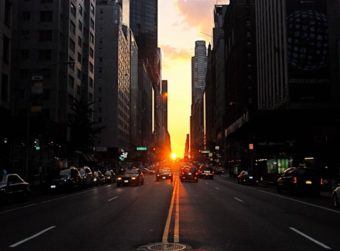 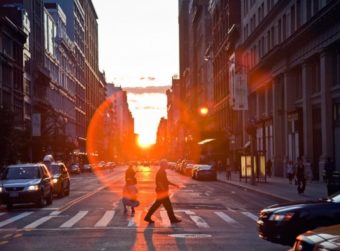 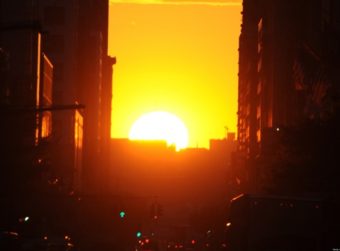 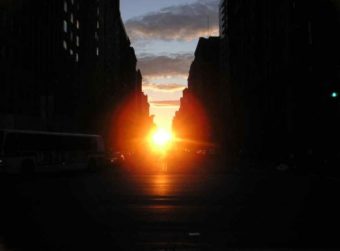 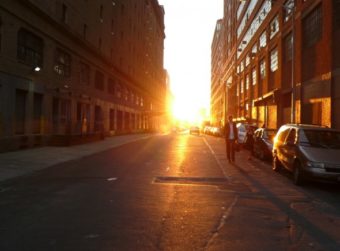 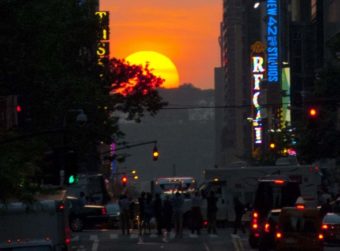 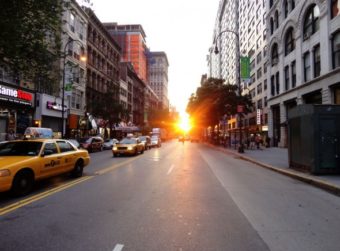 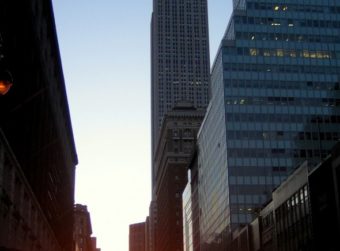 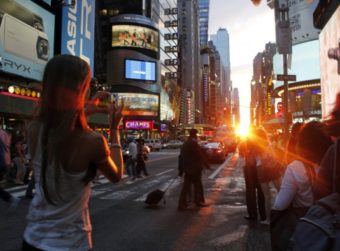 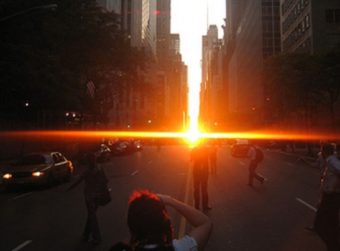 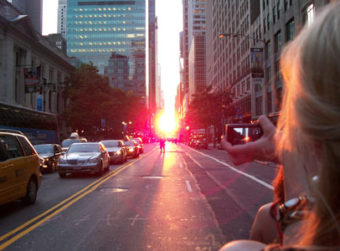