What to do in September and October 2022 in New York? 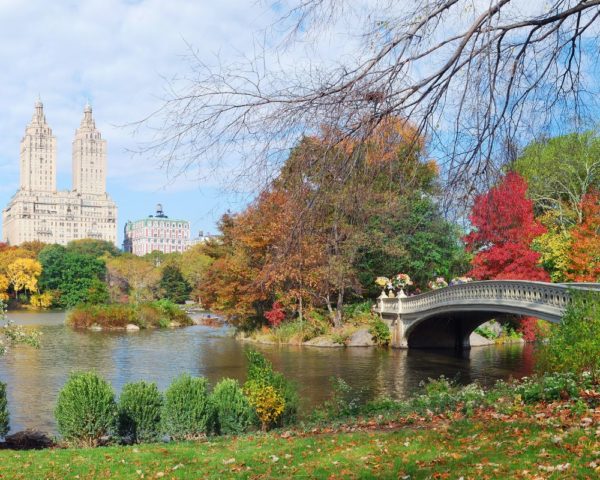 If you’re planning to visit New York in September and/or October 2022, I’ll tell you all you can do during this period!

If you are concerned about Covid-19 in New York City,check here for updates:
– What you need to know about the Covid-19 health crisis in New York

The weather in September and October in New York

In NYC, September is still a warm month with temperatures up to 75°F or 24°C but cooler temperatures in the morning and evening. It’s a great month to visit the city since the weather is ideal with fewer tourists because most families have kids back in school during that time.
Then in October, temperatures cool down, and rain becomes part of the forecast. Depending on the year, you can enjoy some beautiful sunny days with highs in the upper 20°C or 68°F or 10°C or 50°F if it rains and very rarely snow at the end of October. In October 2011, snow surprised many New Yorkers!!! 🙂
If you’re planning to visit NYC in October, my advice is to pack your suitcase last minute according to the weather forecast and make sure you have a little bit of everything!!!! 🙂
Now, traveling in October is the best tip for photographs. The trees change colors this month, and you’ll see the autumn foliage in small parks, especially in Central Park. You’ll need a little bit of sun, and you’ll enjoy taking beautiful photos!!!
You can share your romantic moment on a stroll with your loved one in Central Park. The other best tip is to rent a small boat and navigate quietly in the heart of New York City in a beautiful fall setting. A really enjoyable moment.. 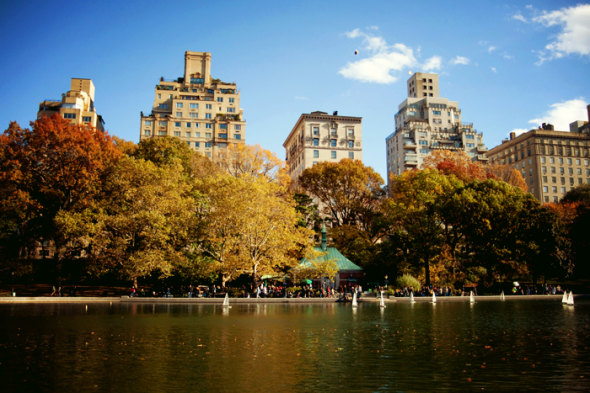 Special days in September and October in New York

Labor Day is a federal holiday in the United States, it celebrates the economic and social contributions of workers. This year, the holiday falls on Monday, September 5, 2022.

Since it’s a federal holiday, banks and government offices are closed but all tourist activities are open, the MET is known to stay open on Labor Day.

This holiday is an opportunity for New Yorkers to spend time with friends (last official day at the beach), and barbecue or go to Central Park, or go to the West Indian American Day Carnival in Brooklyn.

Cultural events in September and October in New York

New York City celebrates its own OktoberFest from September 2 to October 31. It’s the perfect opportunity to taste the best champagne in the world!!! I mean BEERS 😀
You can access here the Official New York OktoberFest information. 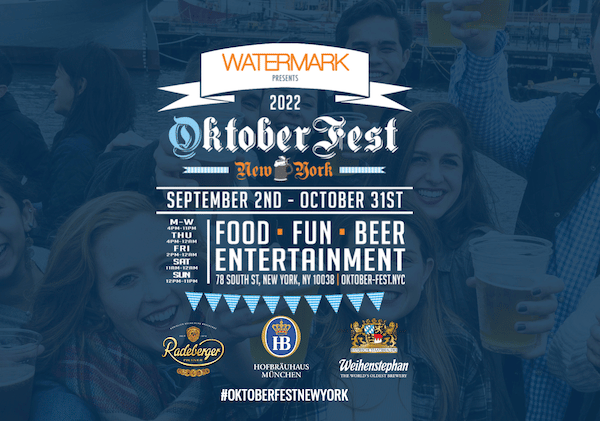 Every September 11, the Memorial and the 9/11 Memorial Museum organize a private ceremony for the families of the victims. The 9//11 museum is closed to the general public all day, but the Memorial reopens from 3 pm until midnight. A light installation called Tribute in Light is visible at the Memorial Plaza from 6:00 pm until dawn the next day. 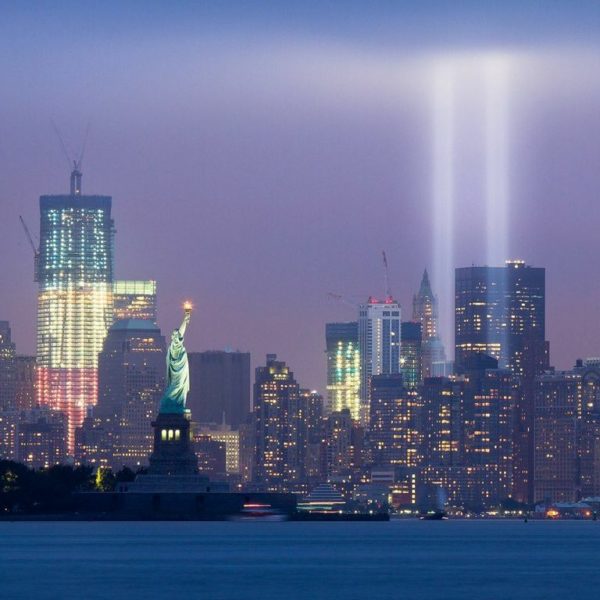 It’s the oldest and most popular holiday for Italian Americans. For ten days, San Gennaro, the saint patron of Naples, is widely celebrated around the country, especially in New York, in the neighborhood of Little Italy with a festival from September 15-25, 2022.
What you can do during this festival: eat from the various food stands and restaurants in Little Italy, listen to music, try your luck at one of the many Carnival games and taste some delicious specialties including tiramisu, gelato (ice cream), Zeppole (fried batter with sugar), Mostaccioli Riepeni (Italian cookie with fruits and nuts), Torrone (Italian candy with honey, sugar, and eggs white), Pork Braciole (minced pork meat with garlic, cheese, pepper, and oregano), fried Oreos, sausages and barbecued pepper. 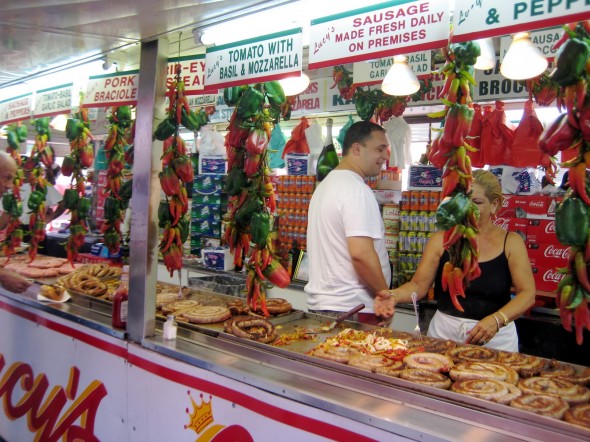 The festival stretches along Mulberry Street between Canal Street (south) and Houston Street (north). It takes place from east to west on Grand Street between Baxter and Mott Streets, and from East and West on Hester Street between Mott and Baxter Streets.
Expect a bigger crowd on weekends and nighttime. The best tip is to go on weekdays especially if you’re traveling with children, it easier to navigate in the narrow streets and use a stroller if necessary. 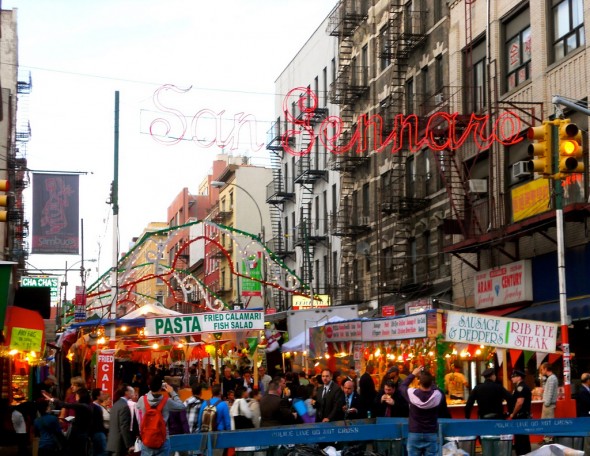 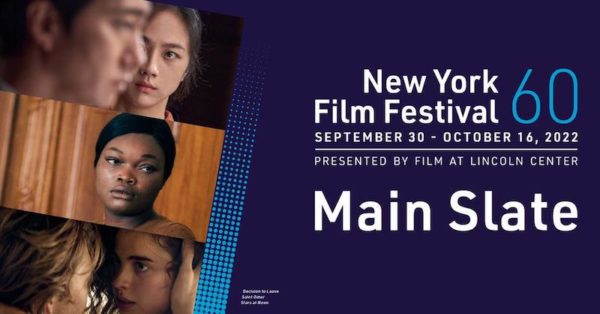 You’ll meet with your favorite creators, watch shows before getting released to the public, and purchase whatever you like! 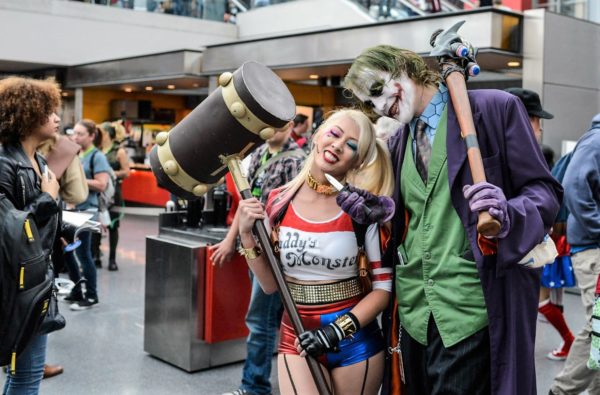 Every 2nd Monday of October, we celebrate America “discovered” by Christopher Columbus on October 1, 1492. In New York, every year, the Columbus Day Parade takes place on 5th Avenue between 44th street and 86th street and march between 11:30 am and 3 pm. 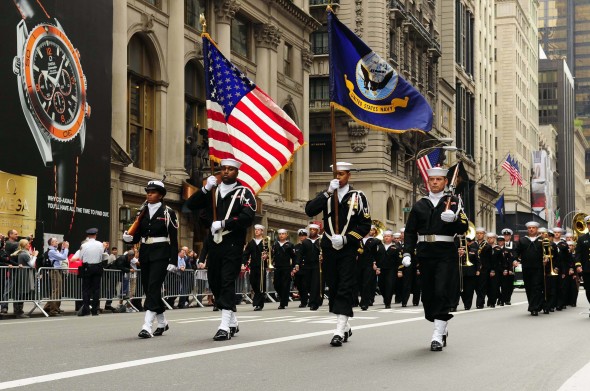 This year, Columbus Day will fall on Monday, October 10, 2022 and more than 35 000 people take part at the parade. At 9:30 am, a mass will be held at St Patrick’s Cathedral in honor of Christopher Columbus the same day. 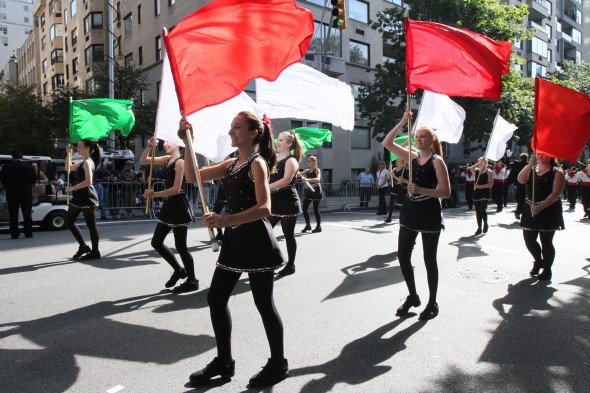 This celebration with a Celtic background is an all-time favorite for New Yorkers. You will find many Halloween parties and parades around New York City!!! The choice might be challenging since there are great parties everywhere!!!
But now, it’s up to you to make up your mind on what you’d like to do for Halloween, since there are so many events, check my article on Halloween 🙂 : Halloween in NYC, with a special article about the Halloween Parade. 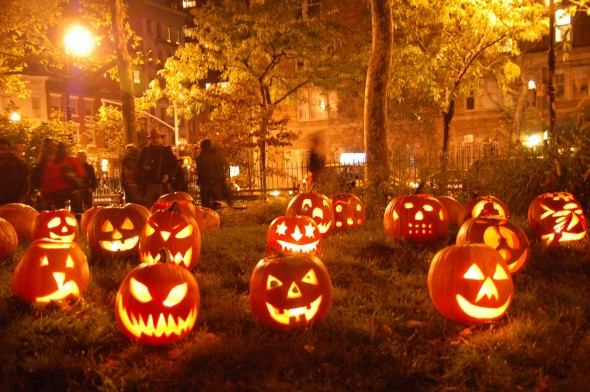 The legendary Flipper’s Roller Boogie Palace is back! Since 1940, there has not been a rollerskating rink in this mythical New York City square.
Hours vary depending on the day of the week.
When: From April to October 2022.
More information: www.rockefellercenter.com 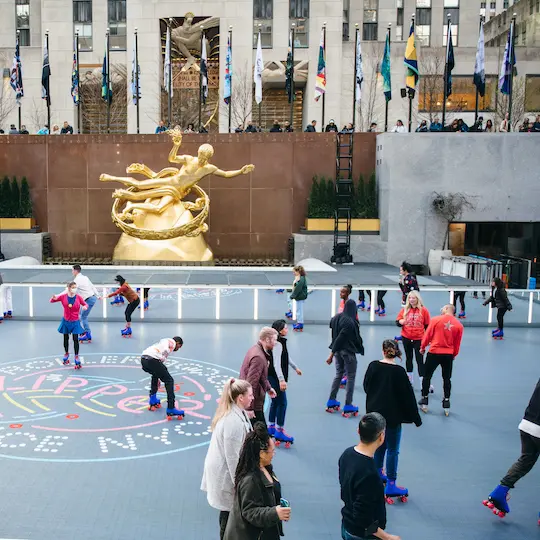 From August 29 to September 11, 2022, the US OPEN takes place at Flushing Meadow , suburb of New York (close to LaGuardia airport). It’s one of the four Grand Slam along with the French Open, Australian Open and Wimbledon. It’s being currently played on Deco Turf grounds, which is the fastest surface of all tournaments.
If you’re a Tennis fan, don’t miss this important event!!!!

In September, even if NBA season hasn’t started yet, you could still catch up with MLB Baseball and its 2 teams : The Mets and The Yankees, especially with their brand new stadium in the Bronx !!! A real treat !!! 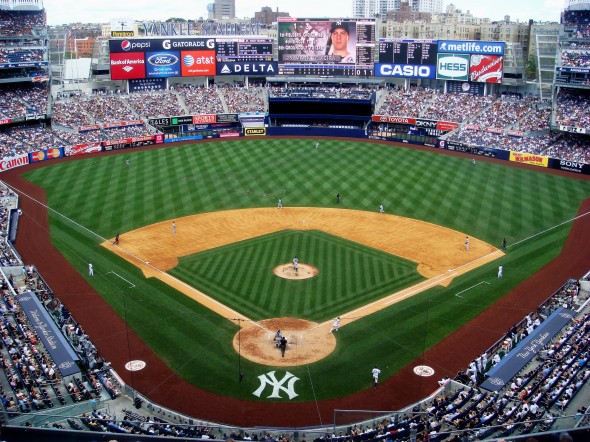 Then in October, NBA season kicks in and you can go cheer up the New York Knicks at the Madison Square Garden (the mythical temple of sports and entertainment in New York). 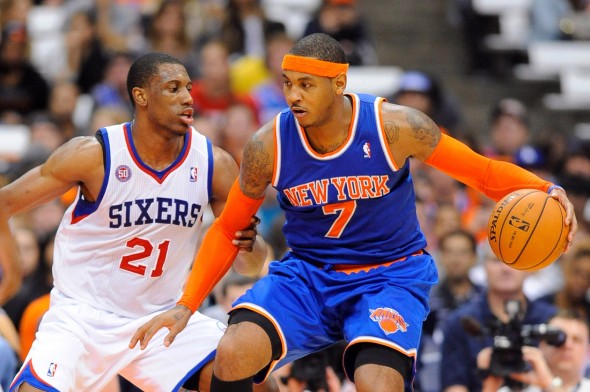 Since the 2012 season, there’s also the NBA Brooklyn Nets that you can also check it out, especially if you’re not a big fan of the New York Knicks but still want to watch a basketball game then here’s your chance to go see the Brooklyn Nets and it’s a great tip since the tickets are cheaper 🙂 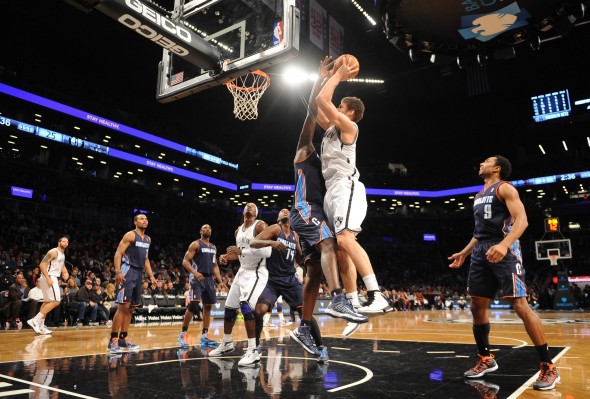 And at last but not the least, Football season starts in September. New York is home to 2 teams : the New York Giants and the New York Jets.
If you want to watch a Football game, it’s here : 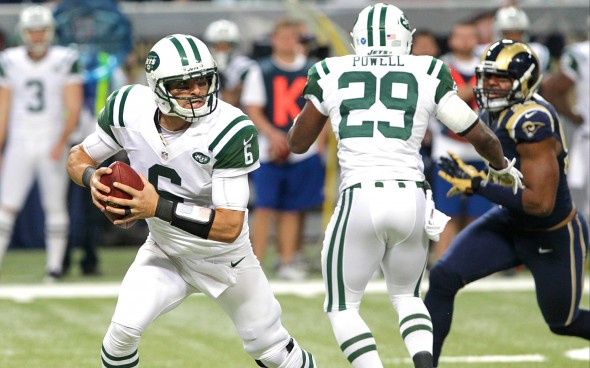 The soccer teams of New York

The local soccer team plays from March to October, and their stadium, the Red Bull Arena, is located in New Jersey, a 20 minutes train ride from Manhattan. You also can see the new soccer team, named New York City FC! They have several international players. 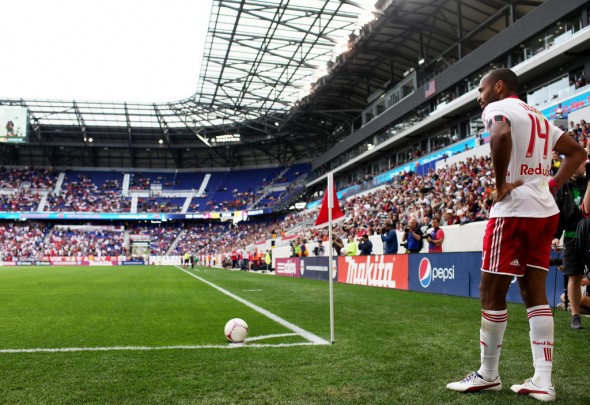 New York is well known for its incredible shows and concerts. If you want to book for any show, you can read this article about TKTS in which I give my best tips to buy tickets with discounts up to 50% off. 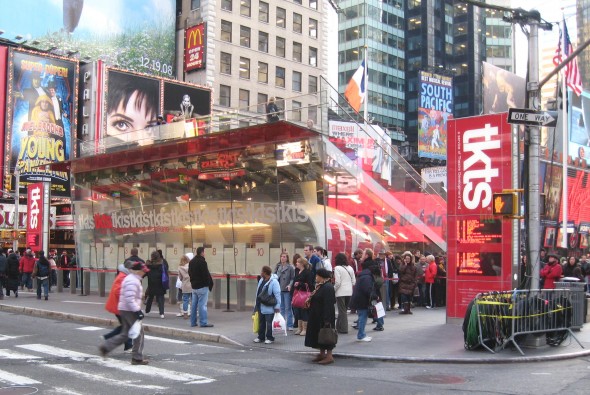 You will find most of the concerts in my calendar of events in New York.

If you want to browse by artists, you can use TicketNetwork, a trustful website to buy tickets. You will find there concerts and shows in Broadway, sports events and many more.

Well now you know what to do on your next trip to New York, and enjoy the best of this beautiful city!!!