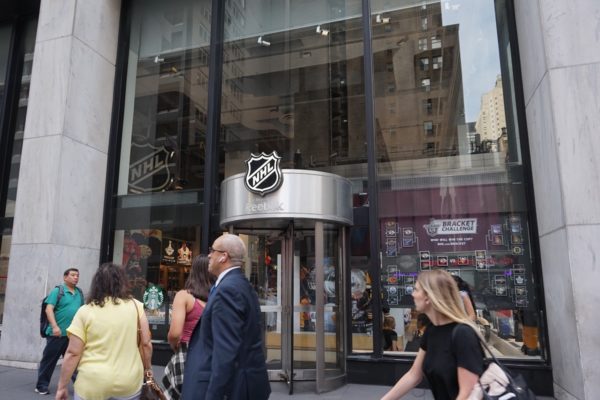 I know hockey is a Canadian sport, but it’s widely developed in the United States. The teams of both countries are part of the NHL (National Hockey League), a championship of North American teams.

In New York you can go to a game of the Islanders and the Rangers. The former plays at the Barclays Center, and the Rangers at Madison Square Garden. The atmosphere always gets good. But before you go, get a shirt of your favorite team at the NHL Store.

The store opened on October 12, 2007 in the heart of Manhattan. It is the only official NHL store in the world.
Here you only found articles related to this sport, with more than 30 teams playing in the league. 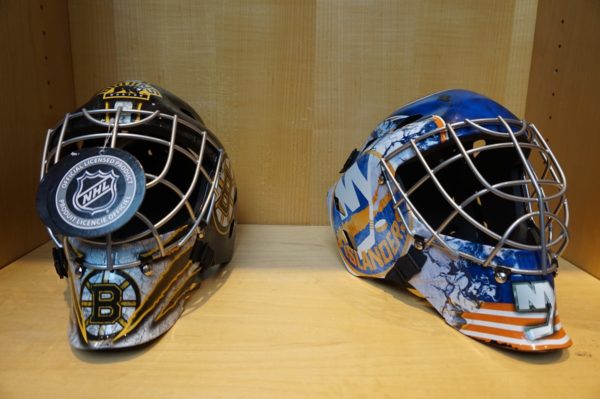 How is the store?

Upon entering, one has the impression of being in a locker room. There are large shelves with the shirts of the different teams. 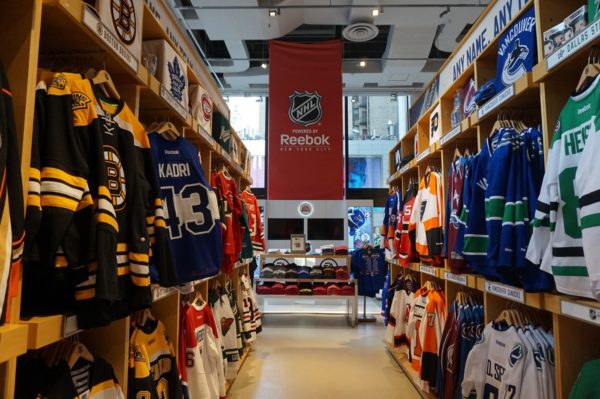 There are also some screens to watch live NHL channel programs. The world’s largest stick sculpture is hanging over the cashier. 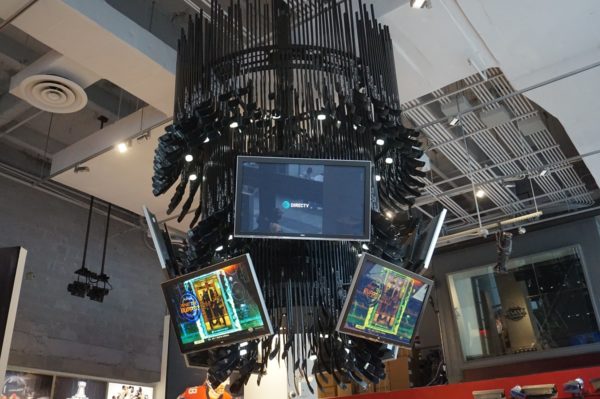 What kind of item to find there?

Absolutely everything. You can also ask one of the vendors how to customize your own shirt. 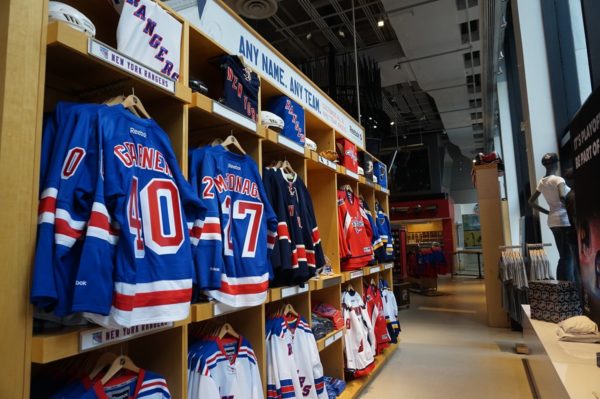 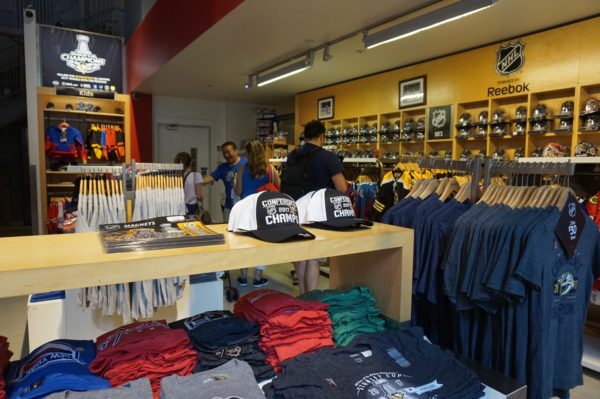 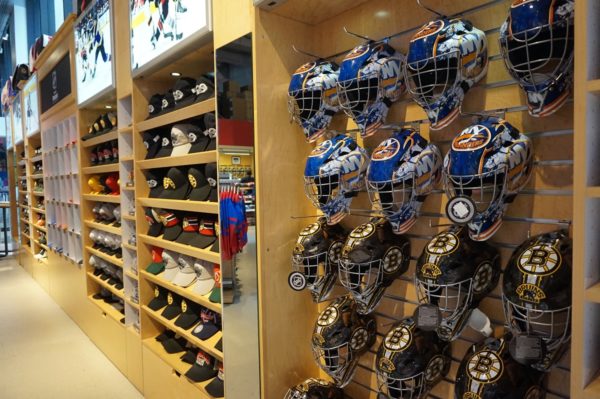 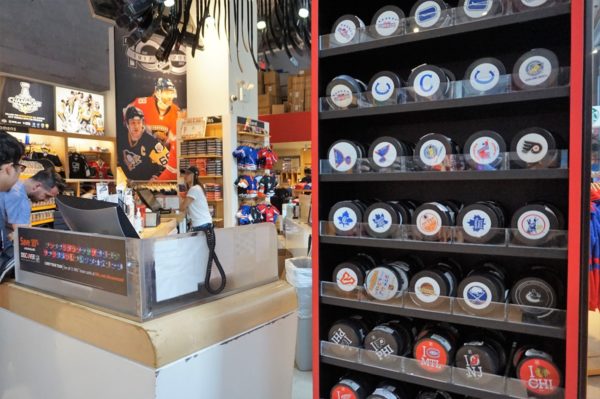 And even baby clothes. 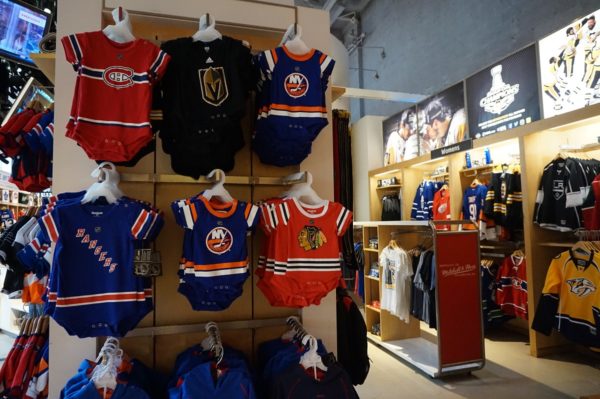 With this, you will be ready to go to a game!

What are the good plans of the NHL Store?

If you like hockey and coffee, there is a Starbucks inside the store, the first ever NHL-themed Starbucks.
I recommend that you follow the store on social networks. They tell when NHL and Stanley Cup players come for photoshoots. It might be interesting to see one of them.
One part of the store is a television studio for the “NHL Live” programs (weekdays from 5pm to 7pm ET), and “NHL Hour with Commissioner Gary Bettman“. 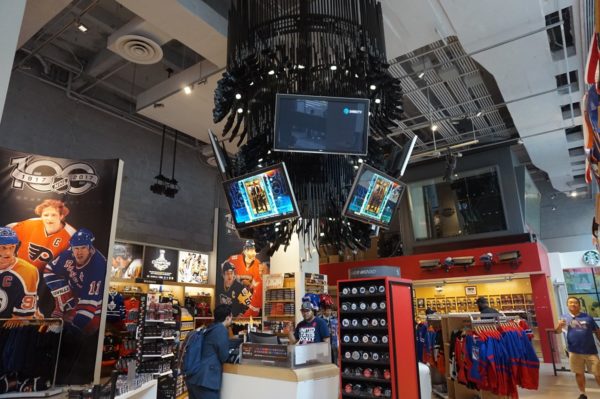 Where is the store?

The store is in Midtown, between Rockefeller Center and Bryant Park, you can’t miss it when you walk around here.
Address: 1185 Avenue of the Americas, New York, NY 10036
Website: www.nhl.com/info/nhl-store

NHL Store is a shop for hockey fans, a perfect place to buy a souvenir of your stay in New York. 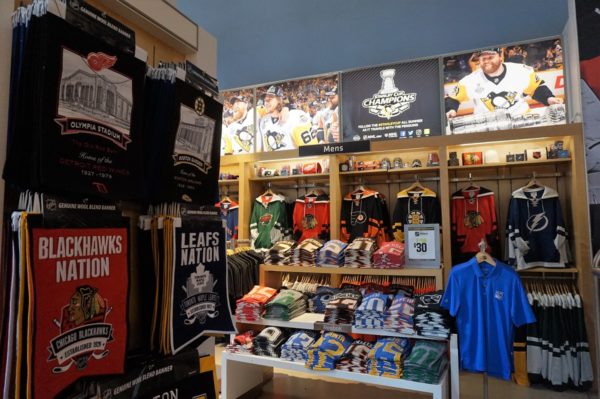